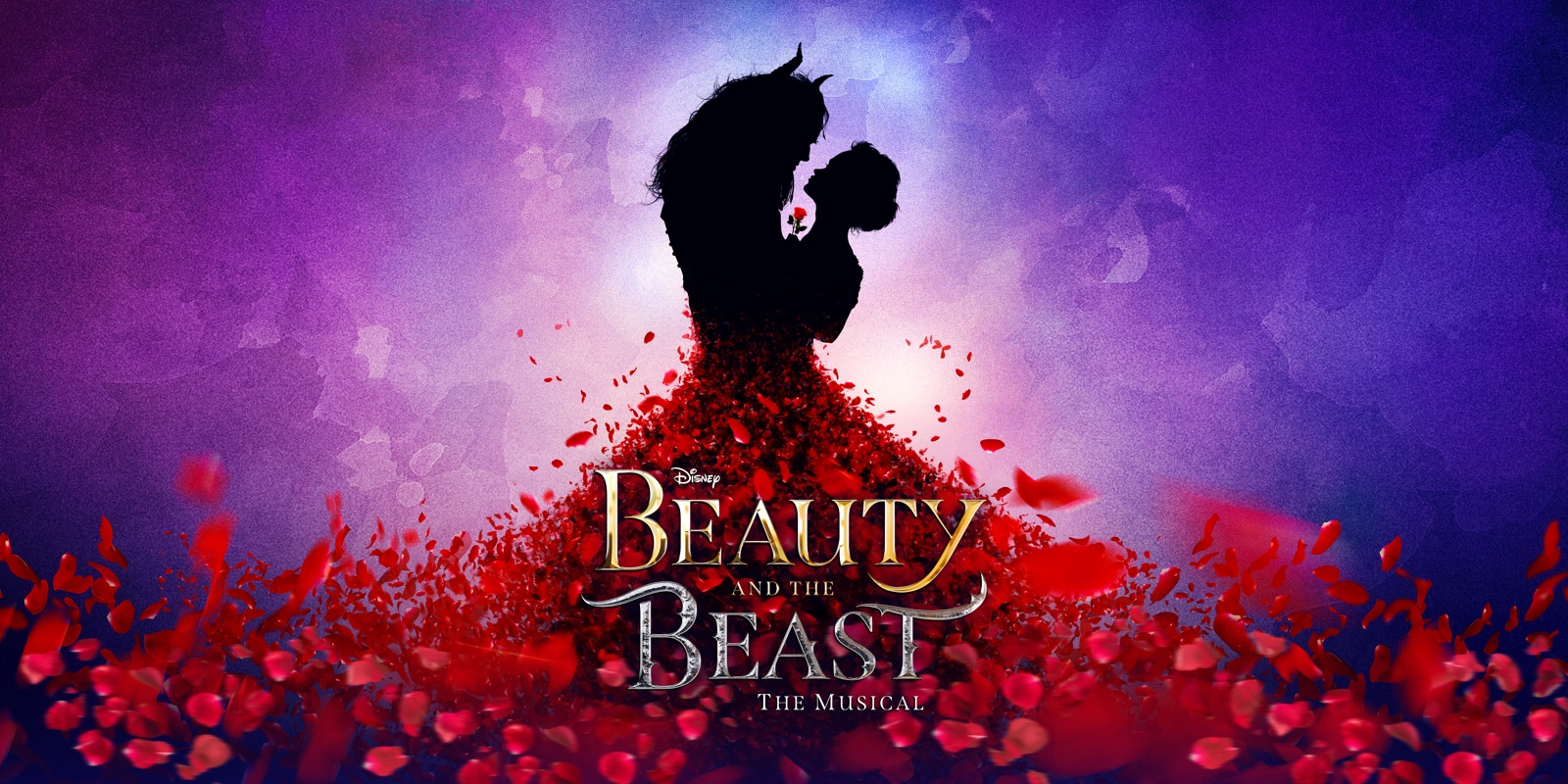 Beauty and the Beast (French: La Belle et la Bête) is a fairy tale written by French novelist Gabrielle-Suzanne Barbot de Villeneuve and published in 1740 in La Jeune Américaine et les contes marins (The Young American and Marine Tales). According to researchers at universities in Durham and Lisbon, the story originated about 4,000 years ago. In 1991 Walt Disney picked the story up and turned it into an animated cartoon costing $25 million to make and bringing in $440 million at the box office a massive hit in the United States and globally. The year after the film was awarded two Oscars, two Golden globes, and two Grammy Awards for the soundtrack. Two years later adapted for the stage in 1994 and was the inaugural Broadway musical from Disney Theatrical Productions. It played its first five years at the Palace Theatre before transferring to the Lunt-Fontanne on November 11, 1999, and ranks as the sixth longest-running show of all time.

Last night Angie and I attended the very glamourous press night at the Palace Theatre greeted with a red carpet, a single red rose, a cupcake, and a program. VIPS from stage and screen had come out to watch the new tour of Beauty and the Beast. We sat down to our seats in a packed theatre not an empty seat in sight, I could see the smiles of the children in the audience as they looked as excited as I.

At the opening of the first act, the curse of the Beast was upon us. Stanley Meyers dark scene in the castle with a selfish prince, who was about to be cursed by the Enchantress for his behaviour. Dramatic music by Jonathan Gill and his Orchestra with thunder has the curse changed the Prince into the Beast. The projection on the screen made it believable and gloomy looking.

Cut to a bright cheery stage scene where we meet our Belle (Courtney Stapleton) to the town where we meet her father. I loved the scene and set, colourful, bright cheery, and had great functionality. Moving dance floor interchangeable pieces to the set when the actors touched it. Stanley Meyers’s scenic design together with Rob Roth’s production conception was just mind-blowing. One of the greatest moments in the show is one of the main musical numbers ‘Be our Guest’ was of the most glorious scenes I have ever seen. Inspired by the late Busby Berkeley (1895-1976) involved complex geometric patterns. Using large numbers of showgirls and props as fantasy elements in kaleidoscopic on-screen performances. The performances were inspired by food and giant dinner plates as Belle wanted supper from the kitchen. Lumière (Gavin Lee), Mrs. Potts (Sam Bailey) Cogsworth (Nigel Richard), and Babette (Emma Caffrey) were all singing all dancing, with bright lights, showgirls all dancing, and elements of tap dancing. Ann Hould-Ward’s costume design was extraordinary and very Disney! Looked expensive and was made really well. Together with Matt West’s direction and choreography, the scene truly was magical and literally completely overwhelmed me with how delightful it was. I have to mention Natasha Katz she really knew how to capture an audience with her mood lighting; whether it be Las Vegas-style show lighting, a romantic love scene at dinner with Belle and the Beast, or a dark and gloomy wood this lady knew her stuff together with an Illusion Designer (Jim Steinmeyer) some of these scenes were showstopping.

One of the most lovely elements of the entire musical was the comedy value. This made it fun for all the family and all ages of the audience Lumière and Cogsworth made the perfect duo their comedic timings were perfect I loved their castle scenes ‘Something there, Human again and Be our Guest’ whether they were cracking jokes before songs their reactions to things made the children in the audience giggle with glee. Lumière was my favourite especially when he lit his own candlesticks with REAL fire, how did you do that? It’s clear to me that Lumière and Cogsworth had that element of Morecambe and Wise in them; I would love to see these two in a future pantomime. All the characters in the castle have 3D costumes with some element that could move, come apart, light up and even fly!

Another favorite scene of mine was in the Tavern with Gaston (Tom Senior) and Le Fou (Liam Buckland) where they sang about how good handsome and great Gaston was. I LOVED the tap-dancing tankards very clever and effective when the cast banged them together with the music. How can one character have so much confidence, to be fair there were a few oooh’s in the audience when he flexed his muscles he certainly was easy on the eye!

The two main characters Belle (Courtney Stapleton) and the Beast (Shaq Taylor) were a perfect match. Beautiful strong voices especially Belle singing ‘A change in me’ and the Beast singing ‘If I can’t love her’ both came around humble and loving characters in the end. Looking at Courtney’s experience because she is so young and doesn’t have a long history in the theatre, she has done some major productions though. I think both of them are extremely talented and I hope to see them in more musicals. I literally fell in love with the Beast when I saw him too, he is very handsome and has a lovely grace about his character.

I have to mention the wonderful Sam Bailey (X-Factor winner 2013) who played Mrs. Potts still has a lovely voice and has transitioned over to musical theatre perfectly I loved her ‘Beauty and the Beast’ version. I loved the Mrs. Pots scenes with Chip (Rojae Simpson) he was a chipped cup with no body which was hidden by a trolley. Again how do they do that? For only nine years old he played a lovely part and got a huge cheer from the audience as he came out at the end.

The last scene in the musical was truly magnificent by Steinmeyer with his tricks of illusions. Elevates the Beast in the air and changes him back to the prince he used to be after the spell is broken. Again sparks the question how do they do that? The children in the audience were as amazed as I was.

No expense was spared in this production of Beauty and the Beast the ‘Be our guest’ scene literally made me cry with pure joy and amazement. This production certainly pulls at the heartstrings and every single of the cast and creative team is fantastic at their job and thinks outside of the box.

Not surprisingly a massive cheer and a standing ovation at the end from the Manchester audience!

Beauty and the Beast gets 6 stars from us, our highest honour after only one in six years has received the same.

A classic story with spectacular Disney fairy dust sprinkled on it. A simply MUST see for your family and friends absolutely mind-blowing production.

Thank you to ATG, The Palace Theatre, and Disney UK for an unforgettable press night.

Beauty and the Beast is showing till Saturday 4th June 2022

Go and book it, I am certain it will sell out quickly. You have been warned