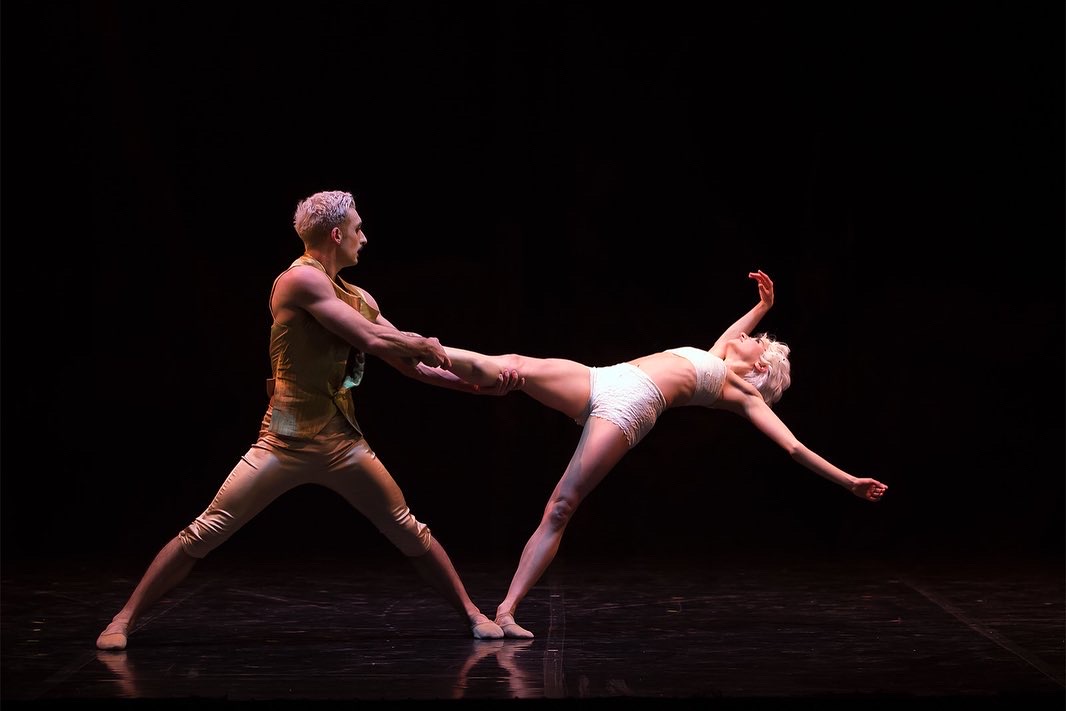 We arrived at The Lowry, Salford without any prior knowledge of the Northern Ballets’ interpretation of Ian Kelly’s 2008 biography of the lothario Giacomo Casanova or, if truth beknown, very little knowledge of the true story of Casanova. What a delight to the senses I was about to experience! It originally opened to five star reviews in 2017 and I can understand why.

Casanova is a trainee priest at the beginning of the story, who, after being caught in flagrante with the ravishing Savorgnan Sisters, is thrown out of the church and left destitute. He is helped by benefactors Senator Bragadin and Madame de Pompadour but the people such as Voltaire, who he admires greatly, ignore him with disdain. Alongside this he gains a reputation as a seducer and polymath. The story, set in the 18th century, takes us from gothic Venice to flambuoyant Paris in the arch of its scope.

Act 1 opens in Venice to an incredibly atmospheric, oppresive scene of a religious mass taking place. Lighting is sparse with shards of light cutting through the darkness. Standing, flanked by the huge arcitectural, gilded pillars of the church, loom the three Agents of the Venetian Inquisition. The tension is palpable and combined with the clipped ballet moves the audience feels that they are seeing a repressive regime in action. Here the costumes, designed by Christopher Oram, start to stamp their presence on the ballet, starting as they mean to go on: the cardinal red, the sombre, austre grey and the virginal white habits of the nuns.

The mood is lightened when the auditions for Senator Bragadins’ masquerade ball begin. There is a cuteness and playfulness to the dancers strumming their violins as they skip across the stage. They are delightful.

The eroticism of the ballet begins with Casonavas’ seduction by the sisters and continues with a downward slide into debauchary for the rest of the ballet. The voyeristic scene of de Bernis, his mistress M. M. and Casanova is very powerful and shows the talent possessed by Joseph Taylor and Abigail Prudames. Indeed, Taylor is onstage for almost all of the performance.

Act 2 ramps up the the sensualism somewhat. The portrayel of decadence around the gaming table is superb and the ‘sexy Harlot’ costumes are a joy to behold. It is filthy and luscious. Bodices are tight, legs are clad in brightly coloured stockings and suspenders, and the powdered wigs finish off the whole French 18th century harlot look. Its a lush spectacle of delight.

What a wonderful performance this was from start to finish – the audience loved it and showed their loud appreciation at the end. This sensual feast of scandal and decadence ends with loose pages from Casanovas’ writings cascading down onto the stage to raptuous applause, whistling and a standing ovation.

Congratulations to cast and creative