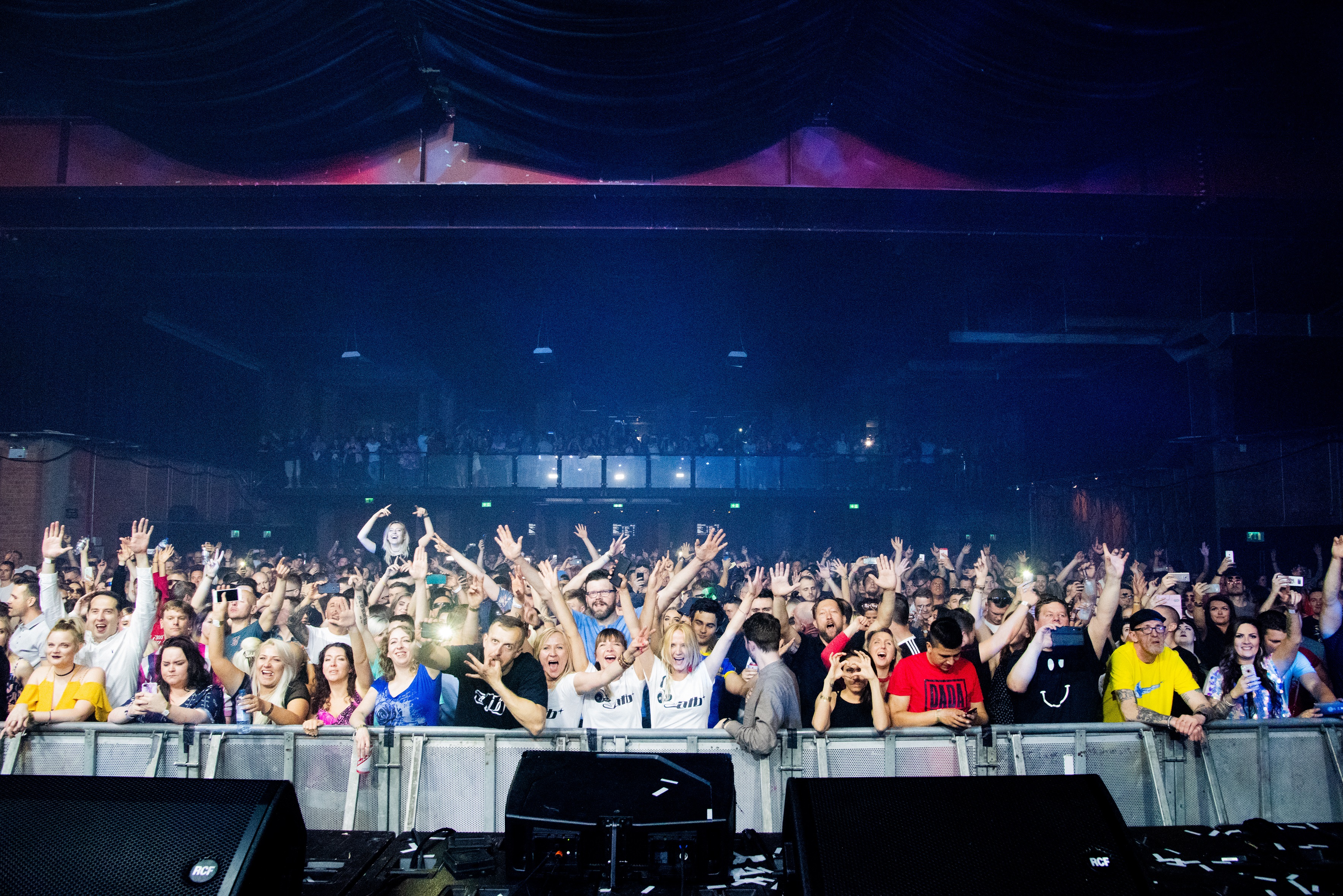 Twenty years ago I would have been about 16 years old heading into my first nightclub in Stoke-on-Trent in Handley. A nightclub called ‘Valentino’s which I look back with nostalgia with a smile on my face. A ‘meat market’ as we would call it. Back then we would listen to dance tunes by DJs like Judge Jules, Dave Pearce, Chicane, ATB –  vocal, trance and dance song that would have the nightclubs booming! Packed with our glowsticks, VK Blues and our blue mascara the night would be wild.

Early naughties were a great time to be alive with Judge Jules bringing out tunes like ‘Pitchin, I can hear Voices and It’s my Turn’ one of my favourite songs of his was ‘Big Girl’ which was from the Kevin and Perry film in 2000 where two teenagers go to Ibiza for the first time great film!

When I heard of a night coming to Manchester called ‘A Journey through dance music’ featuring the said DJ’s above I jumped at the chance. The chance to watch very established and awesome DJs just down the road from me, perfect!

As I arrived about 10:30pm Victoria Warehouse was booming from the outside. As I walked through people were having glitter done on their hair and faces and people were dancing around the bar area having fun. N-Trance were on the main stage pumping the crowd playing their tunes and the iconic 90’s track ‘Set you free’ which was in the UK top 40 charts. (See video below)

The MC was really gearing up the crowd including other remixes from the Bucketheads the Bomb (These sounds fall into my mind) N Trance did a fantastic job at motivating the crowd and they were booming! Including an old-school couple in front of me bouncing to the beats on the dance floor with their multicoloured gloves loving the atmosphere!

Highlights for me included Chicane’s set playing his hits ‘Saltwater, Halcyon, Off Shore, Bruised Water and Don’t Give up’ as well as some of his other biggest hits.

ATB who played their biggest hit ‘9pm (Till I come) which they released 20 years ago!
Judge Jules, who is one of my favourite DJs to watch live. This guy just knows how to work a crowd.  Playing his awesome ‘Three Drives, What’s in your head and without love’.

A massive shout out to the Live PAs on the night Ultra Nate, Shawnee Taylor who were just amazing very powerful voices and blasted out some awesome tunes between DJ sets.

Other highlights included N Trance and KKlass and Baby D brilliant sets and a fantastic atmosphere! in different rooms in Victoria Warehouse.

Look out for future S2S Events, a very well organised event and a fantastic atmosphere and some incredible DJs signed plus the acoustics in Victoria Warehouse makes you feel like your in a superclub in Ibiza.