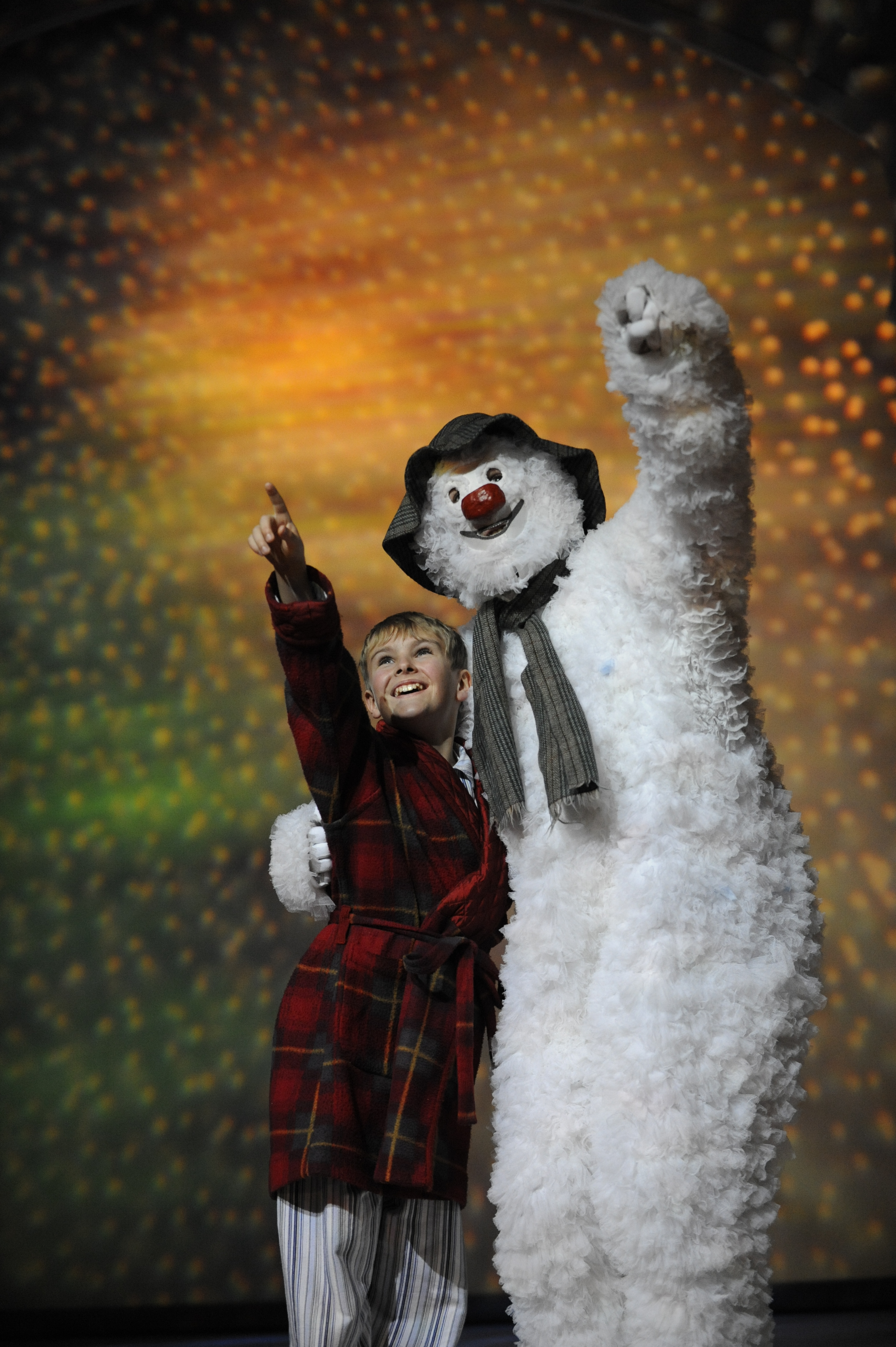 The original story of the snowman on TV was released in the year I was born 1982, written in 1978. I remember a few years later sitting down with my mum on Christmas Eve and watching this magical movie about a young boy, who makes a snowman in his own in the garden. On Christmas Eve night the Snowman comes alive and takes the boy on a beautiful adventure to see Santa Claus at the North Pole. A beautifully animated movie with an iconic song “Walking in the Air” sung by choirboy Peter Auty.

When I heard it has been made into a musical, I thought they have big shoes to fill and what a nice idea it was. Seeing Raymond Brigg’s book turned into a musical 38 years after its release will bring a whole new generation of people to enjoy the story.

As we walked into the opening night I felt a sense of excitement. The stage was beautifully covered in snow trees and snow lights. The set opened with the little boy played by Charlie Gallacher, waking up in the morning and getting dressed to see his parents downstairs. We weren’t sure how the story would be set, there was no speaking at all in the production. For me, the story was more of a ballet of beautiful music and dancing. The highlight for me was when they did the iconic ‘Walking in the air’ song. The snowman and the little boy were lifted in the air and danced above the stage, truly lovely to watch. The children next to me, sat in amazement and honestly brought a tear to my eyes. Wonderfully choreographed! Well done Robert North and the team you made me cry in happiness!

As the second half opens the snowman takes the little boy to meet Father Christmas. A bouncy happy father Christmas who can leap as far as the sky! (See photo below) I loved your dancing Father Christmas played by Federico Casadel you can certainly move! The other snowmen and snowwomen were fabulous too, and the children’s eyes next to me lit up as each snowman/woman came on to introduce themselves. Other highlights for me were the beautiful Ice Princess played by Emanuela Atzeni, magical dancing with the snowman! I must also mention Jack Frost played by Davide Fienauri who jumped around the stage like a spring gazelle! (see photo above)

If you have children it’s your duty to take them to this! It will bring back childhood memories and its magical for them!

Be quick, it’s only from now until this Sunday 12th November 2017 at the Opera House Manchester after this the production goes on a tour around the United Kingdom.