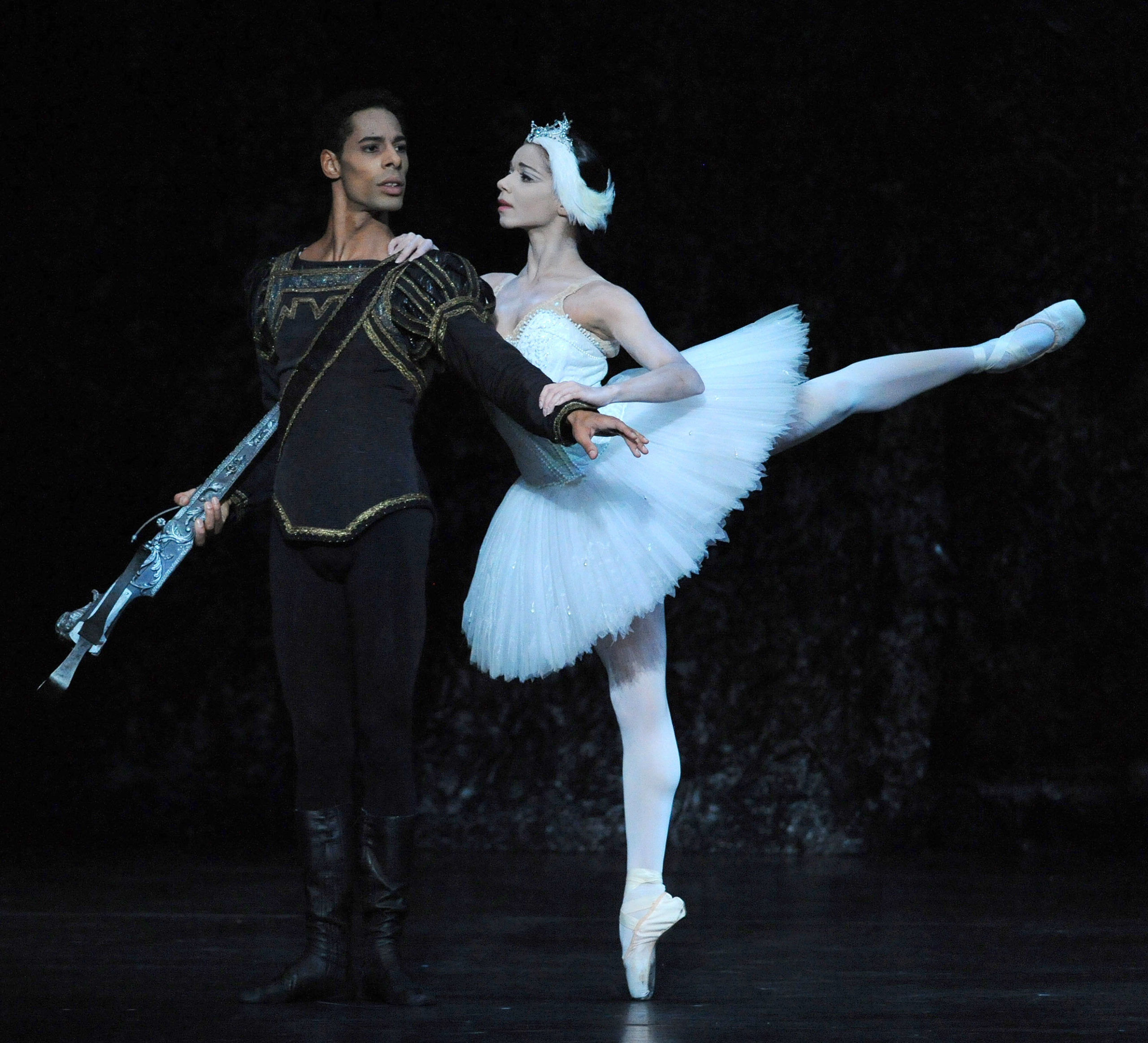 The anticipation you feel when you take your seat before a performance of Swan Lake is almost as exciting as the show itself, knowing that you are about to be transported into Tchaikovsky’s madness, and be thrown around that stage from pure delight one moment, to agony the next.

This wasn’t my first time to the ball, having lapped up Swan Lake some years ago, so I was delighted to see that our Odette and Odile would be performed by the same dancer, when last time two ballerinas took on the white and the black separately. Of course, if you’ve hammered your Black Swan DVD with the same enthusiasm as I have over the years, you will know that the skill and energy required to embody both Odette and Odile by the Birmingham Royal Ballet’s mesmerising Momoko Hirata makes Swan Lake even more thrilling to watch.

The Lowry is such a brilliant venue for watching ballet, and the orchestra pit is very visible, ensuring the rollercoaster ride of the score is as much as feat of endurance to take in as the dancing itself. As the sweeping melodies of the prologue ebbed, the curtains draw back to a shadowy funeral procession, with the outlines of the king’s coffin and his mourners barely visible. The queen (Ellie Small) wracked with grief, glides across the stage, striking a tragic chord.

Act I begins with pure drama. A Tolkienesque set towers over the stage, and the costumes evoke some ancient Nordic court. Prince Siegfried (Cesar Morales) is the prince whose destiny has been expedited by his father’s death, but he’s not ready to give up his freedom just yet. Tzu-Chao Choi’s Benno is the friend you always want to lift you out of your mood, rallying everybody round Siegfried and pouring wine. Their revelry is curtailed, however, by the ferocious Queen Mother, whose disapproval of the party so soon after the death of her husband brings such scorn that even the audience feels chastised for enjoying the dancing.

Now mother has dampened the party spirit somewhat, Siegfried and Benno decide to take their last gasp of princely frolicking to the lakeside to crossbow hunt. The curtains open on Act II and the haunting lakeside scene, presided over by two giant, spidery trees, perhaps reflecting the strength and opposition of Odette and Odile. Out of the shadows, Baron von Rothbart (Rory Mackay) strides forward in his terrifying mask, with such fearsome presence it feels like he’s headed right for you in your seat. Then, Odette appears, like a snowdrop in a stream, drooping and tired, cursed by Rothbart to live as a swan until night time, and only true love can break the spell. When Odette and Siegfried meet, her body changes. Her arms move like murmurations and the exhausted captive is brought to life by love. Odette’s fellow swans move in synchronicity like their synapses fire between them as one, and the gravity-defying company bring us crashing through the helter skelter of falling in love.

The audience at The Lowry is – even on a Wednesday night – a game crowd, and as a result treated me to a new experience, that of a chuckle at the ballet. Laughter at the ballet?! Indeed, Act III opens with the courtly presentation of three potential brides to Siegfried and the Queen Mother, the second of whom cocked her head to size up her competition with such sass, the theatre rumbled with mirth. Of course Act III is all about the entrance of Rothbart’s secret weapon, Odile, the black swan princess who will make Siegfried fall in love with her, keeping Odette forever cursed. I was fascinated to see how Odile would behave on stage compared to the willowy and delicate Odette. Hirata’s Odile could have been another dancer. Slinky and feline, there was electricity in Odile that we hadn’t seen before and the coda finale of the pas de deux is a display of such speed and agility the audience held its breath before breaking into such an applause, I don’t mind telling you I was an emotional wreck. Forget Siegfried – every single one of us was under Odile’s spell, as Odette flutters helplessly outside the castle, watching on in despair. Siegfried sees her, and realising his mistake, flees the party to find her, throwing the court into chaos.

The final, tragic act opens and a chilling cloud of dry ice spills out from under the rising curtain into the orchestra pit, to reveal our ghostly lakeside. Out of the mist, the swans rise. Odette restlessly skitters around the stage, knowing she is doomed now Siegfried’s shared his heart with Odile. Siegfried rushes to find her and they are reunited in love and in heartbreak. Rothbart is determined to seal Odette’s fate, but their love is too strong and the three of them are chased and spun around the stage in a dizzying fight. Finally, Odette flings herself off a ledge to end the madness, and Rothbart is powerless to stop Siegfried from following her. Rothbart’s power is diminished, and the army of swans he held captive have risen up to finish the job. I don’t mind telling you that at a time when Harvey Weinstein has been sent down for rape, and #MeToo is vindicating so many women around the world, I felt a rush of feminist zeal to see this powerful flock descend on Rothbart with no mercy. Odette and Siegfried are together in death, and the evil sorcerer is no more.

Through tears and gasps (mostly mine, to the embarrassment of my boyfriend), the audience – a Wednesday night audience! – raised the roof with applause.

The Birmingham Royal Ballet’s excellence, coupled with the mastery of the Royal Ballet Sinfonia, made Swan Lake at The Lowry a highlight of 2020 for me, and it’s only March. The programme says this is a performance for everyone, and those new to ballet will know how it’s done after seeing this. And I have to say I strongly agree.

Its only on till Saturday 7th March 2020 so hurry!