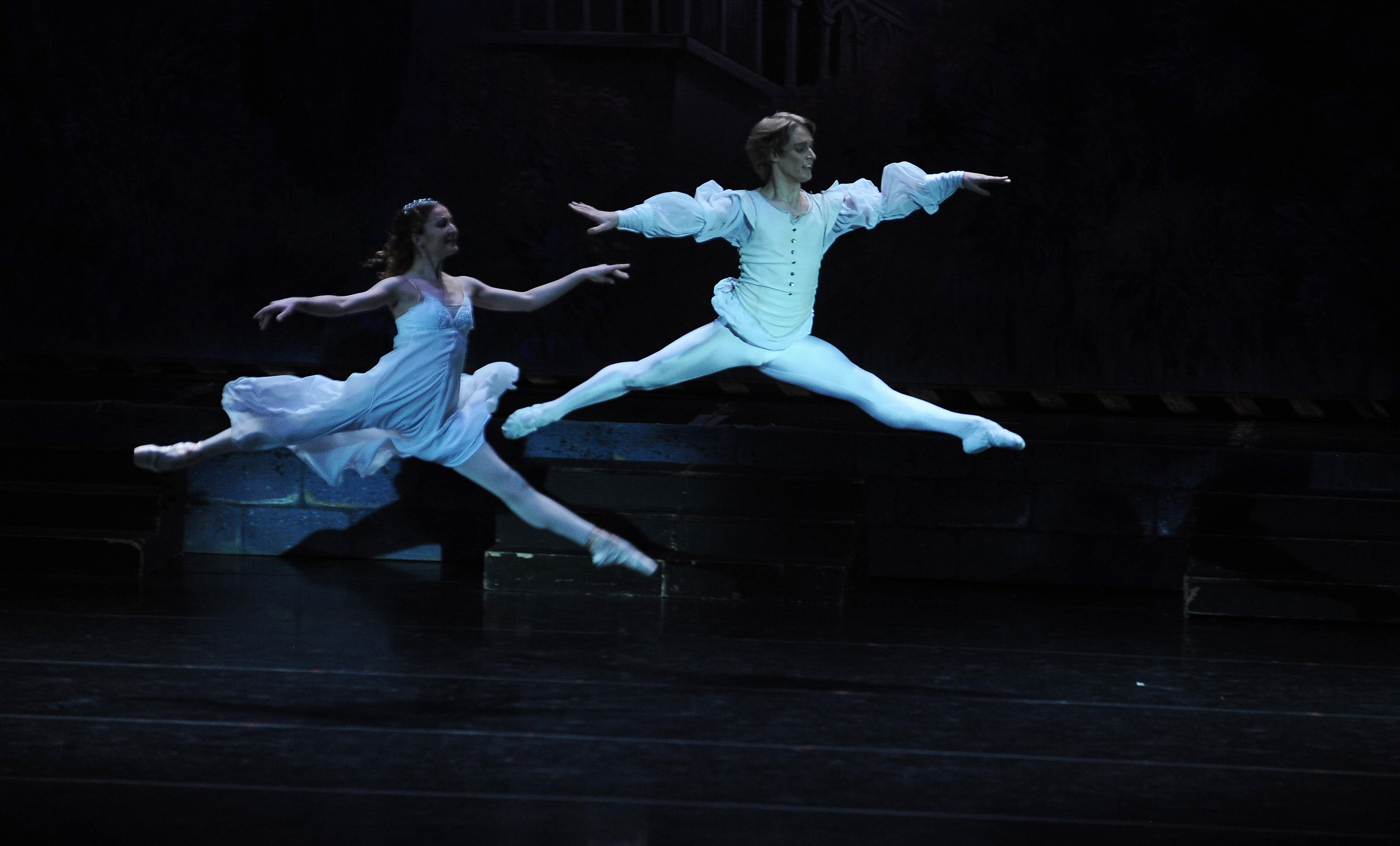 This is only the third time I have been to the ballet. Never really thought I would be the person to enjoy it either. It is honestly one of the most beautiful things you can watch. Believe it or not as you leave the theatre you feel at utter peace with yourself. Away from all the crazy distractions of work, life, mobile phones, traffic and stress is left all behind to enjoy two hours of magnificent dancing to a live orchestra. I highly recommend you attend!

Last night Janine attended Romeo and Juliet delivered by Moscow City Ballet by Sergei Prokofiev. Beautiful simple sets, with tiny ballet dancers even then men were small. The first scene starts off very dark showing the bodies of the dead held up high for all to see by the other ballet dancers. Held up in a cross formation in the air, a harsh reality of the consequences of the decisions people make in the story.

We then meet the Montague’s and Capulet’s  which are the two houses in Verona where the scenes are set. The dancers are fighting because they hate in each other in the streets. We also meet the boys from the Montague’s house Romeo, Mercutio played by Aleksei Tsavko and Benvolio played by Serik Abduramov each character instantly recognisable by the way they are dancing and the interaction they have with Romeo. Romeo of course all in white which I liked. Romeo played by Dzimitry Lazovik.

I liked the way it was easy to distinguish between the two houses two because they Montague’s wore lights colours and Capulet’s dark usually red.

One of my favourite scenes was when Tybalt entered he looked exactly the same as Baz Luhrmanns Tybalt in the 1996 movie John Leguizamo dark, dramatic and fiery; this production he was played by Talgat Kozhabaev. He entered with the orchestra playing ‘Dance of the Knights’ the Capulet’s dancing in a very slow and dignified way, as this is the music for the Capulet Ball. The A section begins with a strong pulsating beat from the brass section. This shows motoric rhythm, one of Prokofiev’s signatures. The texture of this opening is almost metronomic, and provides a strong foundation for the dramatic string theme that comes out on top of it. Later on, the brass also takes up a soaring counter theme, and also punctuates the original string theme. If you don’t know what this song sounds like you might have heard it on BBC’s The Apprentice as the theme song. Truly a magnificent score to hear and written especially by Prokofiev in 1935 for Romeo and Juliet. Check it out here – https://youtu.be/DUmq1cpcglQ very emotional listening to it by Hungarian Simfonieta Orchestra conducted by Ignor Shavruk.

After a dramatic scene we see lovely Romeo jumping out with his blonde bouncy haired dancer,  looking for love and young and full of character. He meets Juliet shortly after played by Kseniya Stankevich small and a lovely dancer and is a perfect fit for romeo. Their scenes together just the two of the dancing are truly special.

Surprisingly this ballet actually brings humour; something I haven’t seen before Romeo and Juliet stealing kisses when they priest isn’t looking in church. Dramatic kisses and when he turns around they are praying! ha ha.

Also humour from the Juliet’s nurse played by Ekaterina Lebedeva who toys with Romeo, when shes has a note to give from Juliet about their marriage.  Mercutio and Benvolio try and serenade her to get the note off her and shes having none of it and bats them off with her hands and large bum!

Tragic circumstances from the first half bring consequences in the second with the death of Mercutio, then Tybalt then Juliet and Romeo. Scenes cleverly choreographed and sad to watch as the story unfolds.

One of the most beautiful ballets I have ever been to, extremely hard working cast and crew! 5 stars from us, Congratulations!

This production was only on for one night, however Swan Lake is on tonight and tomorrow by the same Moscow City Ballet. I am sure it will be just as good! Tickets: here