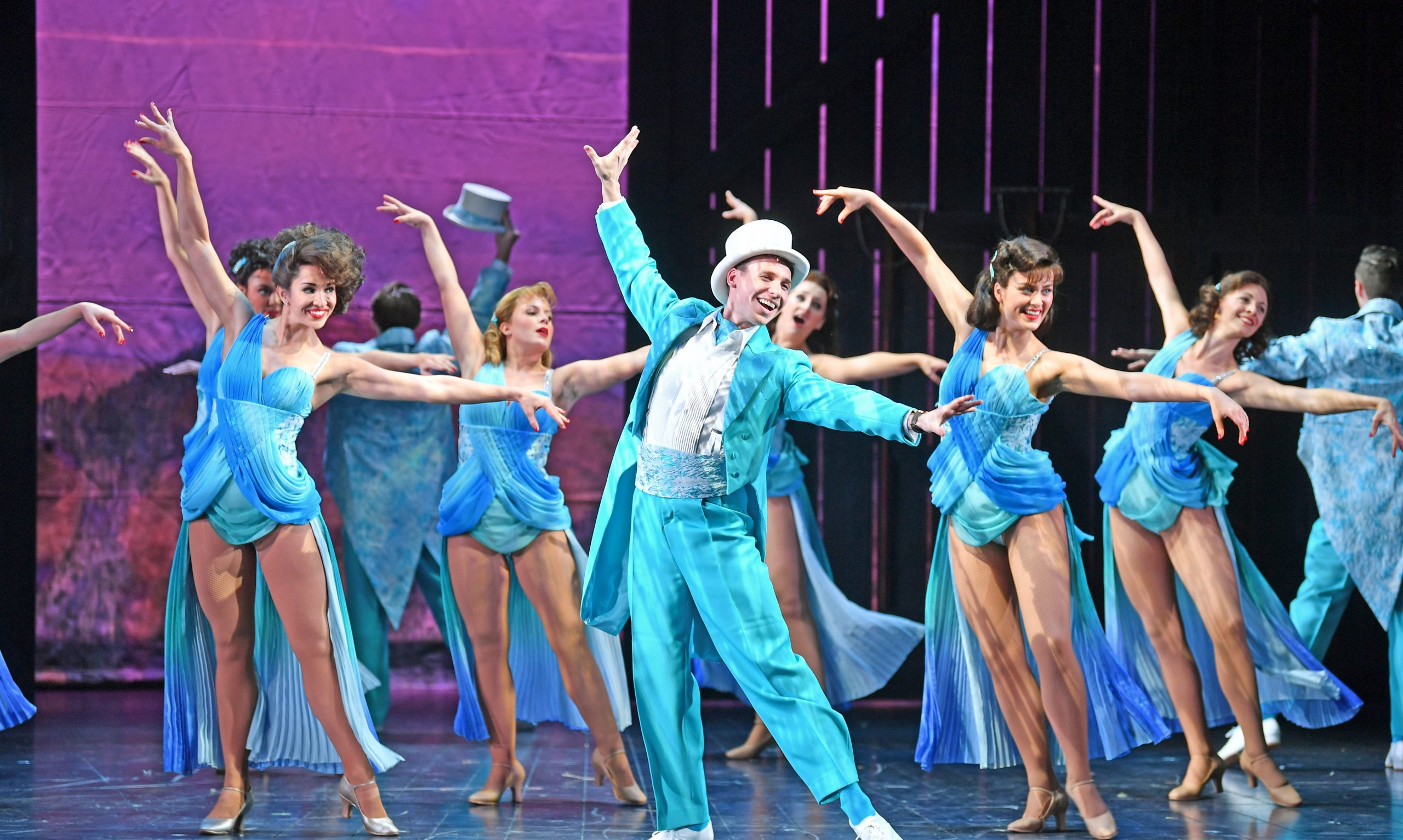 It’s crazy to think that World War Two ended less than 75 years ago not really that long to be honest. I have been lucky and privileged not have to lived through any of them. An important part of History which shaped the world as we know it today. Thanks to the sacrifice of others we live in a place where we don’t wake up in fear every day and have a roof over our heads, we really are the lucky generations now.

Last night mum and I went to see White Christmas set at the end of World War two set on Christmas Eve in Europe in 1944. At the height of World War II, former Broadway star Captain Bob Wallace (Matthew Jeans) and aspiring performer Private Phil Davis (Dan Burton) entertain the 151st division with a soldier’s show. The men have just received word their beloved Major General Henry Waverly (Duncan Smith) has been relieved of his command. Waverly arrives and delivers an emotional farewell.

After the war, the two make it big, first as performers, then as producers, launching a hit musical, Playing Around. They receive a letter supposedly from their old Mess Sergeant, Ben “Freckle Face” Haynes, asking them to view his sisters’ act. They watch Betty and Judy sing at a nightclub. Which after this moment changes their lives forever. This story is about love and friendship and fighting for what you believe is right no matter what the cost. You can tell that the main cast members Bob, Phil, the Haynes sisters Betty (Jessica Daley) and Judy (Emily Langham) are a close cast, the interactions and friendships seem real and genuine.

I absolutely loved the big Christmas numbers in this show and believe me there was plenty of them. Michael Taylors set design was bright eye catching and very mid 1950s, especially in the studio scenes at the beginning very simple New York Glitzy signs behind the cast, but stuck out and changed the stage look instantly.

Very sweet scene in the first half between Bob, Betty and Susan (Ella Kenya) ‘Count your blessing instead of Sheep’ Bob and Betty sing well together and are well matched vocally. Lovely seeing Bob singing to Susan to like a father figure showed a sweet caring side to his character.

One of my favourite scenes in the show came in the second half when Bob and Phil copied the Hayes sisters in the song ‘Sisters’ copying the girls and mirroring their dancing perfectly. They had the audience howling with laughter and really know how to play up to the rest of the cast and audience very funny boys, oooh nice feathers!

The beauty about this production is the story and time period Norman Krasna, Norman Panama and Melvin Frank really captured the characters of the story brought them in as big personalities at the beginning the broke them down showing their vulnerabilities. Especially in the scenes with Bob, Phil and General Henry Waverly (Duncan Smith) the boys still had a lot of admiration and respect for the man even after all leaving the army ten years ago. Still saluted him and helped him get his business back on its feet by using their fame and contacts to host a big show and encourage friends and family to come to the General’s hotel in Vermont.

Lovely to hear 1950s music to perfectly orchestrated by Neil MacDonald and his band. I loved the songs ‘I love Piano, Sisters and How deep is the Ocean’ Betty played Jessica Daley has one of the most beautiful powerful voices, I have ever heard especially in ‘How deep is the Ocean’ the audience gasped at how high she could reach with her notes and long she was able to hold out at this level very talented young lady!

My favourite scene was right at the end when everyone performed ‘White Christmas’ magnificent set design by Michael Taylor, Mark Henderson’s lighting and the costumes were truly out of this world beautiful 1950s works of art. I loved the candy stipe dresses the girls had on well done Diego Pitsrch!

A wonderful story of war, peace, friendship and love that puts you right in the mood for Christmas. We thoroughly enjoyed it, I know my Grandma would have loved this show to if she were here (Grandma Wistaston)

4 stars from us, congratulations cast and creative mum and I ‘Had a ball´ as they say in the 1950s.

White Christmas is on at the Palace Theatre from now till Saturday 4th December 2021. Thank you to ATG for the wonderful snow entrance as we walked on, really put us in the Christmas spirit.