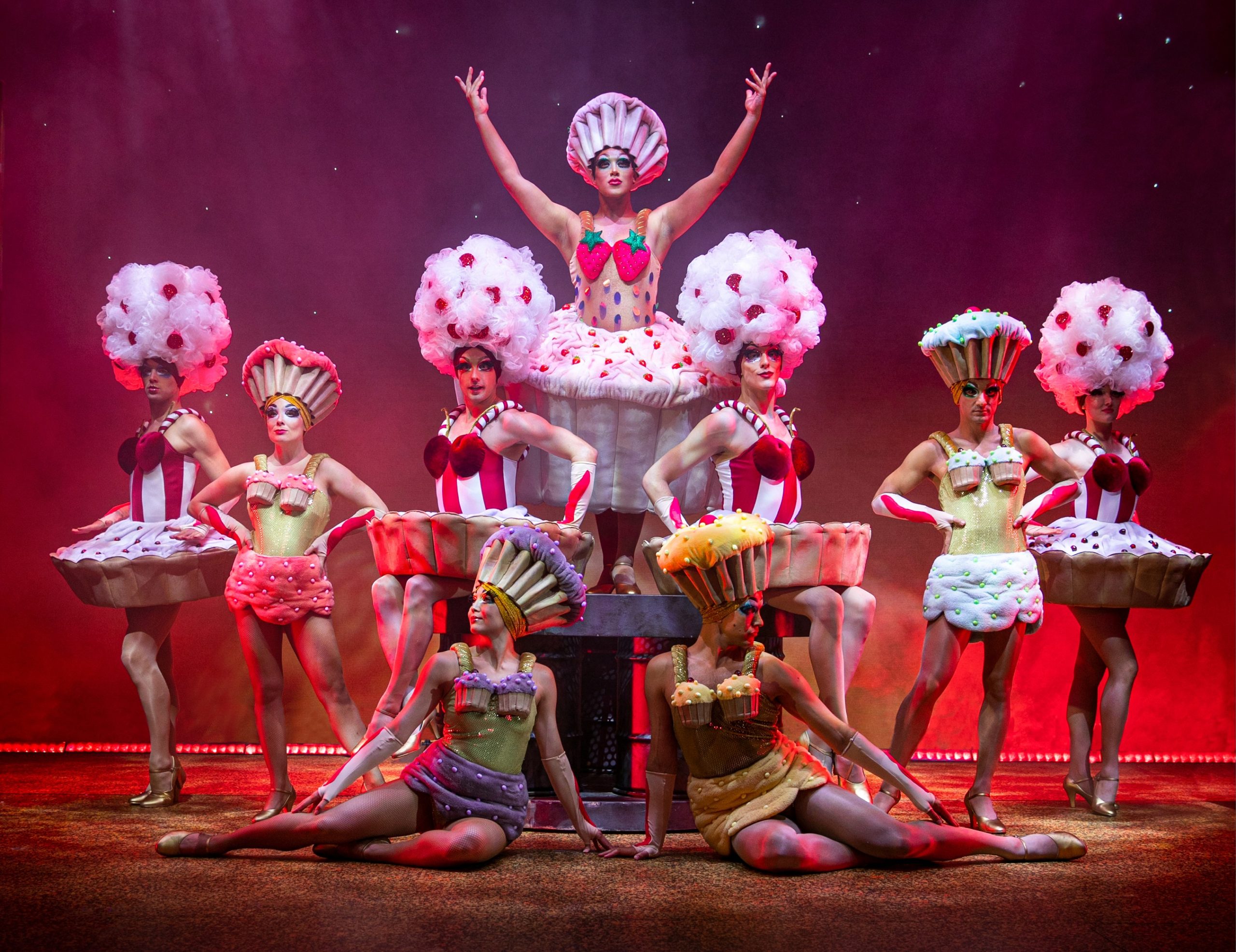 I have always been fascinated by drag queens, the glitz the glamour and the fact that men could walk better in higher shoes than me. I have never really watched a musical with drag queens in it, well what a night I was in for!

Last night I attended the press night of Priscilla Queen of the Dessert, knowing very little about the story I knew there would be glamorous drag queens and I knew the headliner was Joe McFadden playing (Tick/Mitzi) he has an established career in musical theatre and British Television and also the winner of Strictly Come Dancing in 2017. So very excited at the concept in general.

Suddenly the stage fills up with bright lights and costumes and in entering the three Divas – Aiesha, Claudia and Rosie singing it ‘Its Raining men’ a great start to any show. The ladies looking beautiful in their three white glitter dresses and their sound rich strong Athera Franklin soul voices singing live. Instantly put me in a good mood to party!

Set in the Australian outback two drag queens and a transgender woman takes us across a journey to a land of discovery, testing their friendship and on a roller coaster ride of emotions.

This 25 years old story is like something I have never seen before. Dealing with issues involving gender, homophobia, bigotry, heartache and strong test in their friendship. The production is a collaboration between Mark Goucher and Jason Donovan a musical with bite I would say. With some deeply hilarious parts especially in the first half. Reminded me of the same humour as ‘The Rocky Horror Show’ when I watched it as a teenager in Stoke on Trent’s Regent Theatre. Very similar humour designed for an adult audience.

Magical moments in the production for me was Nick Hayes (Felicia/Adam) very grand entrance, who comes out in full drag surrounded by many dancers in a diva style performance was uplifting to watch.

Joe had a more eloquent demeanour and warms to the audience quickly and does sing some pretty lovely songs. The boy can do more than just dance! Miles Western (Bernadette) brings a touch of class to the production playing a transgender woman, who feels its last chance saloon in the drag world. Her character brings empathy and heart to the role, and for me really gives an insight into what a transgender woman might go through on a daily basis. As a straight single person, I really had no idea. You really begin to care about Bernadette and want her to have her happy ever after.

The costumes in the Production are truly fabulous an array of bright rainbows, large features, even big paintbrushes dresses, cake outfits all with a touch of glittery and a wonderful balance of light and glamour. Plus in the second half (Mitzi, Bernadette and Felicia) perform to the audience at the end with extremely quick costume changes hidden by nothing but a sliding door?! Really how did you do that?

All in all, I really enjoyed the production. Filled with the 1970s to 1990s absolute banging tunes, it really is a show that will have you on your feet and clapping to your favourite chart-topping hits like It’s Raining Men, I Will Survive, I Love The Nightlife and Finally!

Congratulations cast and creative! The show runs until Saturday 30th November 2019 at the Palace Theatre in Manchester.

Get your tickets now before it leaves: HERE

Check out my cast interview with Joe, Miles and Nick below:-