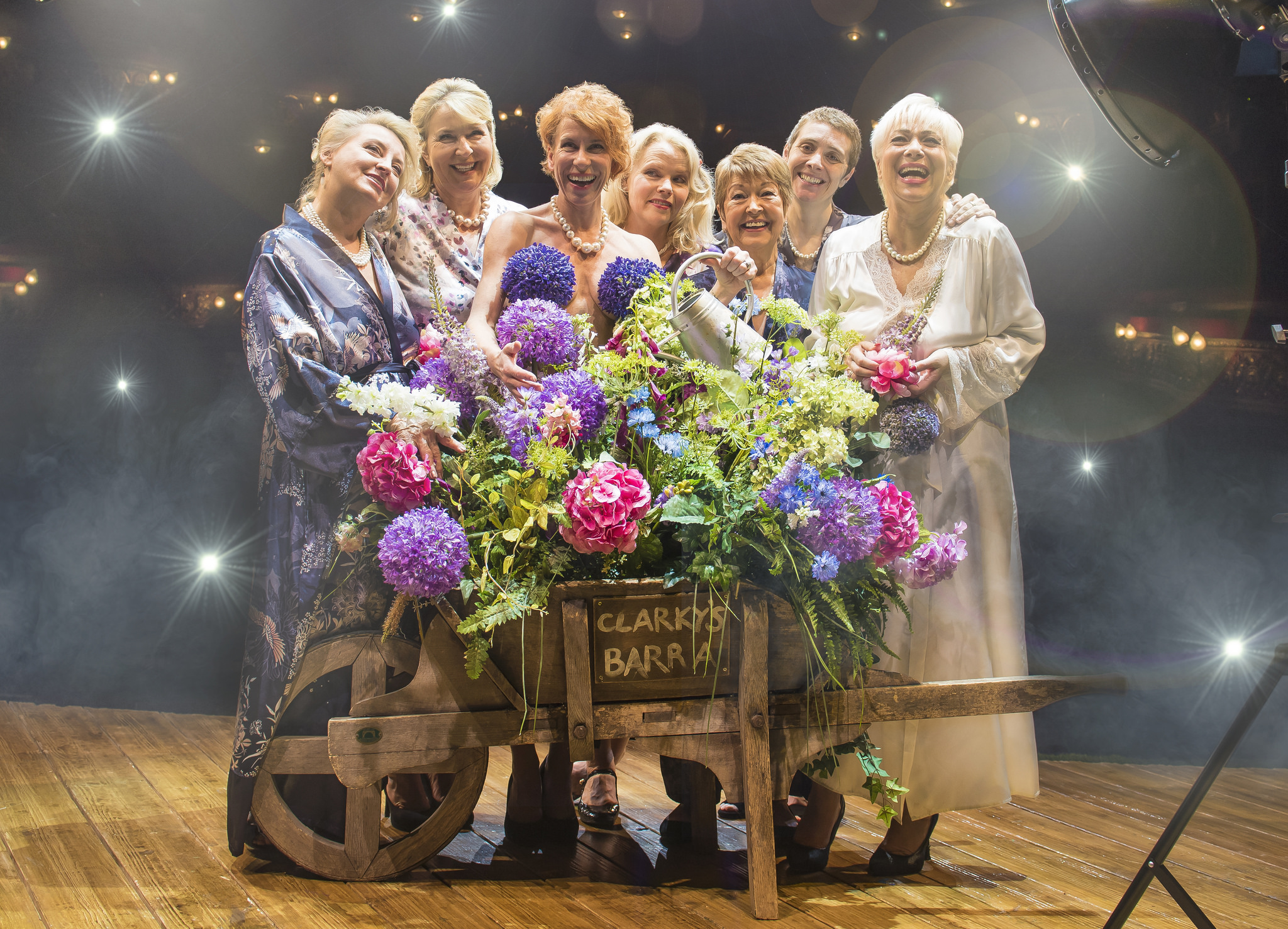 The Calendar Girls musical and film were inspired by a true story. A story of a tragic event with a life-changing outcome which has changed millions of people lives, who have been touched by the devastating effect of Cancer.

20 years go a lady called Angela Baker and her husband who lived in Yorkshire were happily getting on with their lives when suddenly her husband John Richard Baker, an Assistant National Park Officer for the Yorkshire Dales National Park Authority. Died from non-Hodgkin’s lymphoma at the age of 54 in 1998. During his illness, Angela’s friends began to raise money, initially with the aim of purchasing a sofa for the visitors’ lounge in the hospital where John was treated. Nothing could have prepared them for the way their original calendar took off. Angela was part of the Women’s Institute and they voted to do a calendar with a difference, a nude calendar only to be covered by sticky buns and bakery goods. Today 20 years later the ladies of the WI and Angela who posed for the calendar have raised over 6 million pounds for Leukaemia & Lymphoma Research, the UK’s leading blood cancer charity. At the time the ladies only set out to raise enough money for the sofa for Johns memorial.

The scene opened to the story of Angela Bakers story and introducing the women of the WI. In some parts of the first act, there were laugh out loud scenes. Especially when the women were joking about themselves. Plus the humour from two of the sons of the families when they joked about Denise Welch saying ‘Before you sail a yacht, try a tugboat’. The humour was quick, clever and easy to relate to.

Highlights for me included ‘I’ve had a little work done’ when Denise Welch was singing about her body and cosmetic surgery she has had. A feel-good uplifting song. I also found the song ‘My Russian friend and I, sad and emotional’ when Sara Crowe sang about her controlling husband.

The distracting thing about the production mainly for me was the set or lack of. The backdrop the Yorkshire fields became the backdrop for all of the scenes apart from bits of furniture added to make the set feel like a different room. That didn’t really work for me and became distracting throughout the production. Especially in WI meetings where only a few lamps and chairs were added.

I did however like that Gary Barlow and Tim Firth gave each of the ladies their time for their own solo songs in the production. It enabled us to get to know the characters on a deeper level and help to understand their insecurities. This was particularly important in the final scene when stripping off baring all for the calendar, which made it all that much enjoyable because you understood the character and what they had been through.

I must praise all the ladies who stripped to the nude, in today’s and age society where everyone is concerned with how they look. The ladies took in it their stride and stripped with a fun a relaxed humour even though they must have been incredibly petrified inside. Well done ladies!

A standing ovation at the end of the night, with had an emotional ending. Especially when you know this is a true story. It was lovely to see the original WI ladies on stage at the end made the experience all the more real.

An emotional journey with some laugh out loud moments.

Thank you to the Lowry Theatre for hosting a wonderful night, we loved the choir!

Well done to all the charities and volunteers involved and all the life-changing work they do.