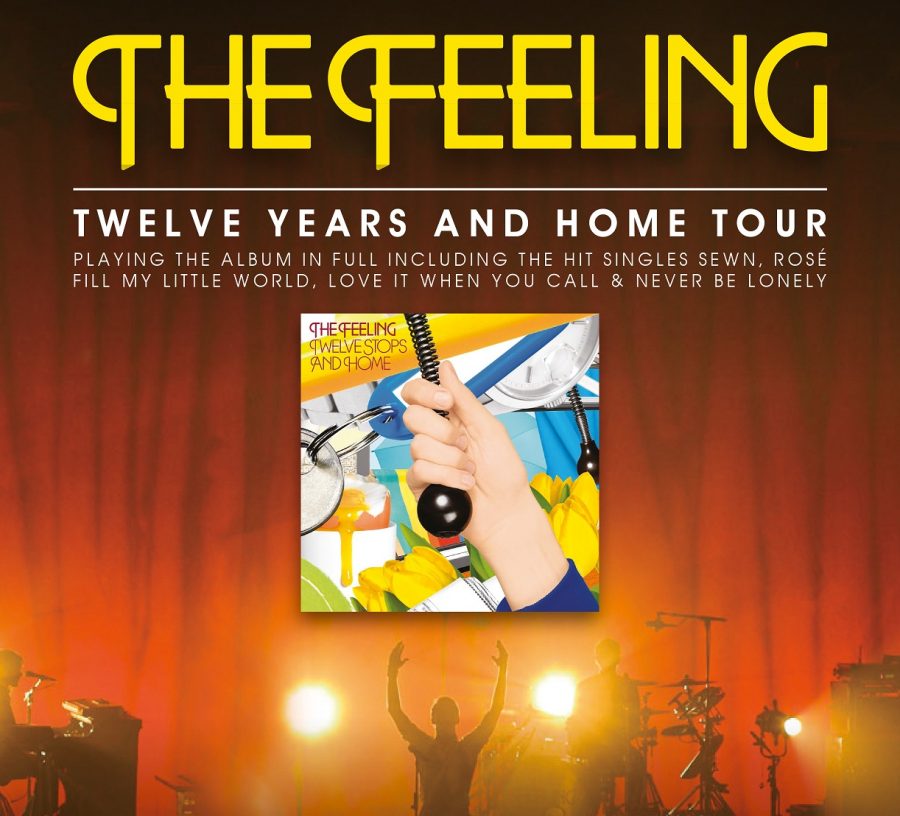 Last night we went to see The Feeling at the O2 Ritz in Manchester on their current tour ‘12 years and home’ tour. It was 12 years ago they released their album ‘12 stops and home’ and the band says that this was a nostalgic tour for the fans.

The venue the Ritz is a classic music venue right in the heart of Manchester and has a great vibe.

The night started with the support act Holiday Sidewinder. She is Australian and was quite lively.

She was telling us that her video has been made x rated on YouTube. If it’s the one that I have looked at since it’s got a lot of naked men in it! No wonder!

She performed a number of songs. We enjoyed Trash can.

We weren’t too sure whether she was miming or not but she was putting on a good enough show with all the dancing to make up for it!
Speaking to a couple of fans waiting to see the band were a little confused as to why she was supporting The Feeling.

I found her fun and interesting.

Once her set was over the venue was quickly filing up and the excitement in the crowd could be felt. About the crowd. It was varied there was a wide age range -people who were there 10 years ago to see them performing at the Apollo and those who were probably seven when they performed the album of the name same of this tour.

Families were there together to see this band. This is probably one of the only gigs I have been to where that has happened on such a big scale. It was lovely to see.

I have to admit I’m not the greatest fan of The Feeling but I know their big hits so knew what to expect.

They came on to ‘I want you now’ and the crowd is up dancing and singing every single world.

They explain that they are doing the songs in the order of the album, which means that a lot of their well known songs were found earlier in the album track meaning for me that there was long periods of not really knowing what the songs were but for the hardened fans who knew this album inside out they didn’t care. Just an excuse for them to sing along.

I enjoyed ‘never be lonely’ and ‘fill my little world’ and you may have been able to hear me singing along to those tracks.

The lead singer Dan Gillespie-sells enjoyed chatting to the audience and they appreciated this.

Overall this was a fun gig my only gripe was the encores that they did. You know when the band pretend to go off stage and then come back on again!

They did it three times!! I wasn’t a fan but the fans enjoyed this.

I give it a 4 out of 5! It was fun and harmless but I think you definitely needed to be a big fan of the album to really enjoy it.

Although during the gig the band did say that they were doing this tour as a nostalgic trip and that once they had finished they were going to be getting anew album together. I’m intrigued to see what they do and how it sounds! Great night over all.

Tickets for their current tour – here