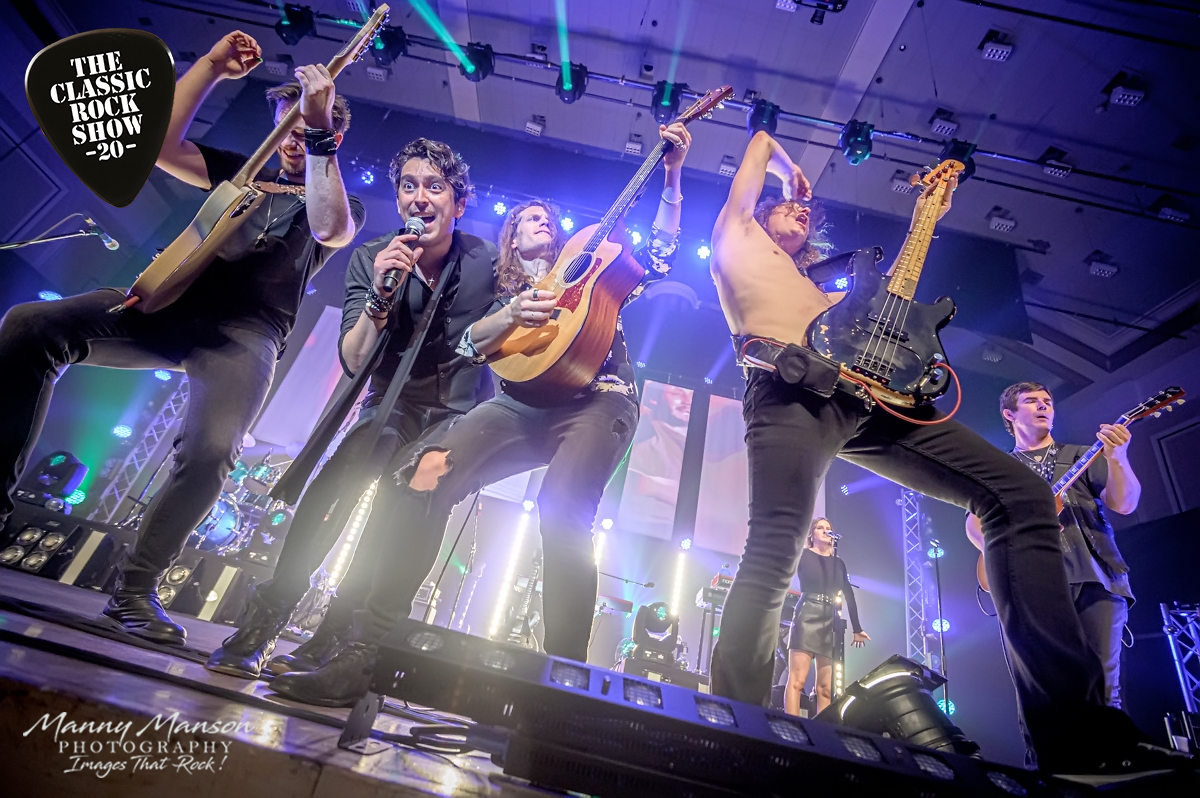 I have been lucky enough to have been brought up with some of the best rock music of all time. Led Zeppelin, Dire Straits, AC/DC, Queen, ZZ Top, Meat Loaf, Elo, David Bowie, The Eagles, Eric, Clapton, Fleetwood Mac and the Rolling Stones just to name drop a few music legends. Dirty rock which are pure classics in the Rock and Roll Hall of Fame!

Last night Claire and I attended The Classic Rock Show at The Lowry Theatre in Salford Quays a packed house for a Sunday night. The band leapt on stage lights blaring Guitars flashing and eight bands members ready to give you an up forgettable night. The band hand changed to when I last saw them in 2019 with new additions, new flavours and new sounds. Jesse Smith had the perfect high vocals for the first song AC/DC Back in Black I absolutely loved his version and pretty much set the tone for the entire night.

A new band member who I had not seen before Jess Harwood came on singing Black Velvet great version, but I felt she held back on her vocals a bit. Yes a very talented young lady, she needed to ‘let go’ a bit more and feel the music.

My favourite band member for ‘letting go’ was Peter Thorn – Guitar and Vocals. Wow he shut his eyes while playing his many guitars and you see that made was made for this type of music. Pure dirty rock, loved watching him perform. Especially on the Meat loaf and Queen songs wow!

As we know the rock legend Meatloaf died on the 20th January 2022 after leaving a legacy of pure hits behind him. A rock legend who has changed music forever. In the second act the band sang one of Meatloaf’s biggest hits and musicals ‘Bat out of Hell’ the band also made a nice fitting tribute to him.

I also loved the new Californian edition to the band Rudy Cardenas brought brilliant vocals and a edge to the songs.

Thank you for playing my favourite song too by Dire Straits ‘Money for Nothing’ the riff is aawweeesssome!!