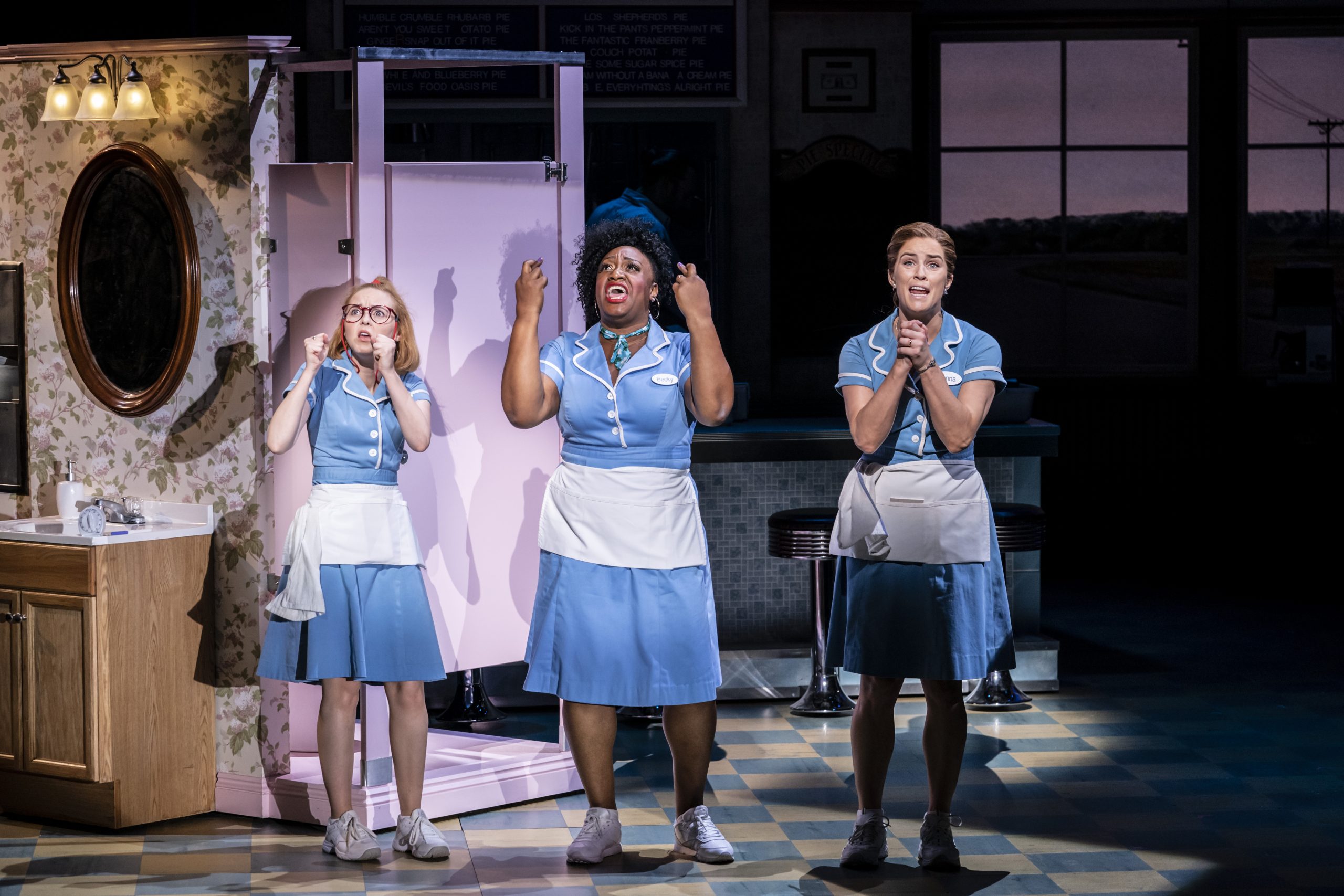 Sandra originally grew up in Leicester, she is a very experienced theatre actress, singer and presenter.

Sandra Marvin took over the role of Becky in Waitress the Musical at the Adelphi Theatre in London’s West End on 17 October 2019 for three months. She re-joined the cast in 2021 playing Becky again on the UK and Ireland Tour.

Sandra is an experienced theatre actress, receiving critical acclaim for her portrayal of Miss Motormouth Maybelle in Hairspray. In 2014, Sandra performed alongside Kate Bush in her sold-out run of “Before The Dawn” shows the Eventim Apollo in Hammersmith, London, and appears on the live album, ‘Before The Dawn: Live 2014’, released in 2016.

In November 2017, Sandra joined the UK soap, “Emmerdale,” as headteacher Jessie Grant, which she starred in for 172 episodes over nearly two years.

We caught up with her today to chat about the arrival of Waitress the Musical which heads to Manchester from 8th November till 20th November 2021 for the new UK tour.

I haven’t been to the Opera House but I have been to Manchester before. I have been to Arena and the Palace Theatre. I am currently sat in our dressing room now and with Evie Hoskins who plays Dawn in the musical to about to go on stage tonight in Eastbourne.

I was so excited to be coming back, I felt there was unfinished business originally only a three month contact in 2019. I am loving it and to revisit the characters and we all are having so much fun too. Quite excited to be coming to Manchester and be there for two weeks.

I like that she is so complex having a complex storyline everything is not quite as it seems. I love how dry and how straight to the point she is I really enjoy playing her.

‘What baking can do’ and ‘When he sees me’ are my favourite tracks. The show is so relatable you can sit and enjoy and listen to words you can relate to it easily.

Evie – I got to do the show with Sara Bareilles who wrote the music to the show which was great experience for me. I was in the show when it closed on 14th March 2019, coming back in 2021 was really emotional. In the beginning of August 2021 it was really lovely to see each other, Sandra and I have never worked together on stage lovely to have the chance to be on stage together is a great opportunity.

Laugh, cry and very uplifting. Empowering story about real life and how women can come together and support each other, especially all three leads are females which is rare.

Yes there actual pies Nurse Norma has pies. Some of the cast are actually eating real pies too!

So relatable after the year that we have had how we can support each other so brilliant very emotional, hilarious and a beautiful storyline.

We cant wait to see it, why not join us?