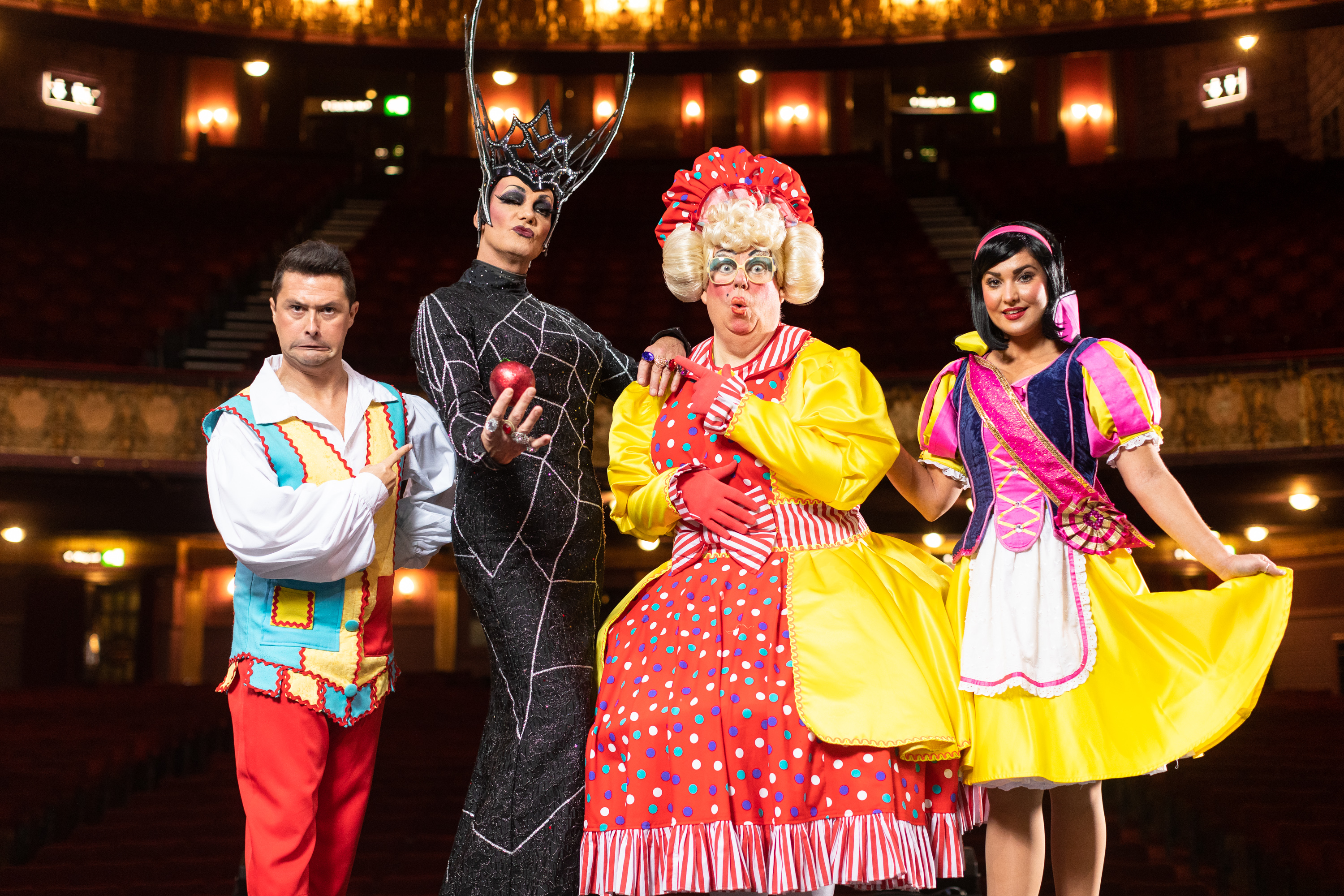 Next month Christmas will be on our doorstep. What better way to warm up to Christmas than a damn good Panto! Last year the Opera House and Qdos Entertainment brought us ‘Cinderella’ with sold-out performances throughout December in Manchester. This year I expect no less from Snow White and the Seven Dwarfs. With an all-star cast Craig Revel Horwood who has spent the last 17 years on BBC Strictly Come Dancing controversial and entertaining Judge. No doubt in my mind Craig will be excellent as the very wicked Queen in this year’s Panto!

Joining the line up is Eric Potts who has a long history as an actor in the panto world also starring in many ITV and BBC Productions including Coronation Street. I spoke to Eric about his up and coming role as the cook ‘Mrs Nora Crumble’ in the new Panto and this is what he had to say:-

Also joining the lineup will be Zoe George playing Snow White and returning Ben Nickless as Muggles. Ben starred in last years production of ‘Cinderella’ which was a massive hit. We gave the production 5 stars with Ben being one of the stars with some really big crying with laughter moments. Bens background is a stand-up comedian and impressionist. His timing is perfect and we are really looking forward to seeing him again this year.

We caught up with Ben and Zoe about their thoughts on their new roles in this year’s Snow White and the Seven Dwarfs:-

No doubt this year’s panto will be another sold-out month at the Manchester Opera House. With an all-star, very experienced and very talented cast. We cant wait to watch it next month.

Secure your tickets early because this will sell out very quickly indeed!