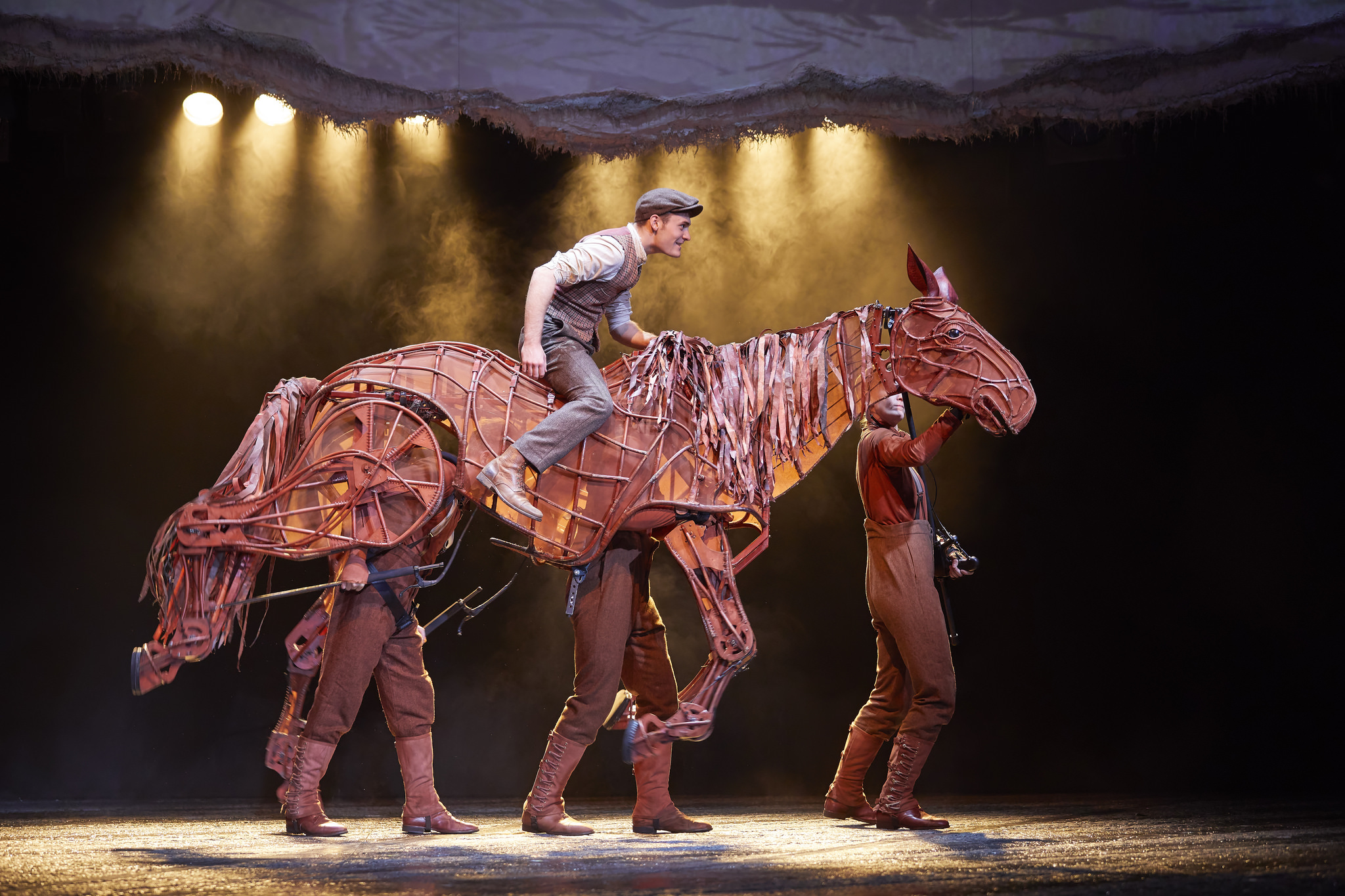 Set in 1912 Warhorse tells the store of a boy called Albert Narracott and his family that lives in Devon in the United Kingdom. His father Ted buys a young colt (horse) at an auction for way over the asking price after competing with other local farmers for the colt.

Ted takes the colt back home and young Albert his son forms an unbreakable bond between him and the horse. Looking after him, riding and ultimately teaches the colt (Joey) as names him, a skill that will in the future save his life in World War 1.

Against all odds, Albert trains Joey to a plough horse earning his keep on their farm. Ted, Alberts father eventually sells Joey to make the rent on the farm to Alberts devastation. Joey is sold to the army in 1914 to be a war horse to help fight the Germans.

Four years later and Albert enlists in the army still with Joey on his mind. Without giving the ending away the story is incredibly emotional.

Last night Emma and I attended the opening night of War Horse at the Lowry in Salford Quays. Dark and dramatic the scene opens. A little strip of the screen is above the stage really effective at portraying the moving background as the actors are performing. Particularly effective in the dramatic scenes at the end where Joey is running into the barbed wire and when one of the cast dies as the screen turns to red blood.

The lead Albert is played by Thomas Dennis a young and enthusiastic actor who plays the part with pride and innocence (especially as a young boy) his relationship between him and Joey is at times heartwarming. Joey is controlled by three actors and actresses who one person controls the head and two others control the body and back and tail. They really bring the puppet to life and even making the horse sounds and wagging its tail you can get lost in thinking its a real animal. Well done Toby Sedgwick the director of movement and horse choreography who really captured Joeys and Topthorn personalities through your direction.

Without a doubt, the production is dark at times, with gunshots so loud you literally jump out of your seat. Nick Stafford really captured the tone and feel how it would have been to be in World War 1.

The soldier’s parts coming into the audience and playing the trumpet and various instruments were effective it really brings the audience closer to the action and makes you feel part of it.

I enjoyed the set design simple and very effective with the screen above and moving of barriers around the actors really brought it to life.

All in all, I well written, directed and stunning piece of production. Sad and dark at times and a very an emotional ending. Very talented cast and crew and an unforgettable story originally written by Michael Morpurgo and adapted by Nick Stafford.

War horse has been seen by over 7 million people, worldwide and has won over 25 awards including a Tony Award for best play on Broadway. You must go and see this heartwarming production.

I warn you though take your tissues for this one!