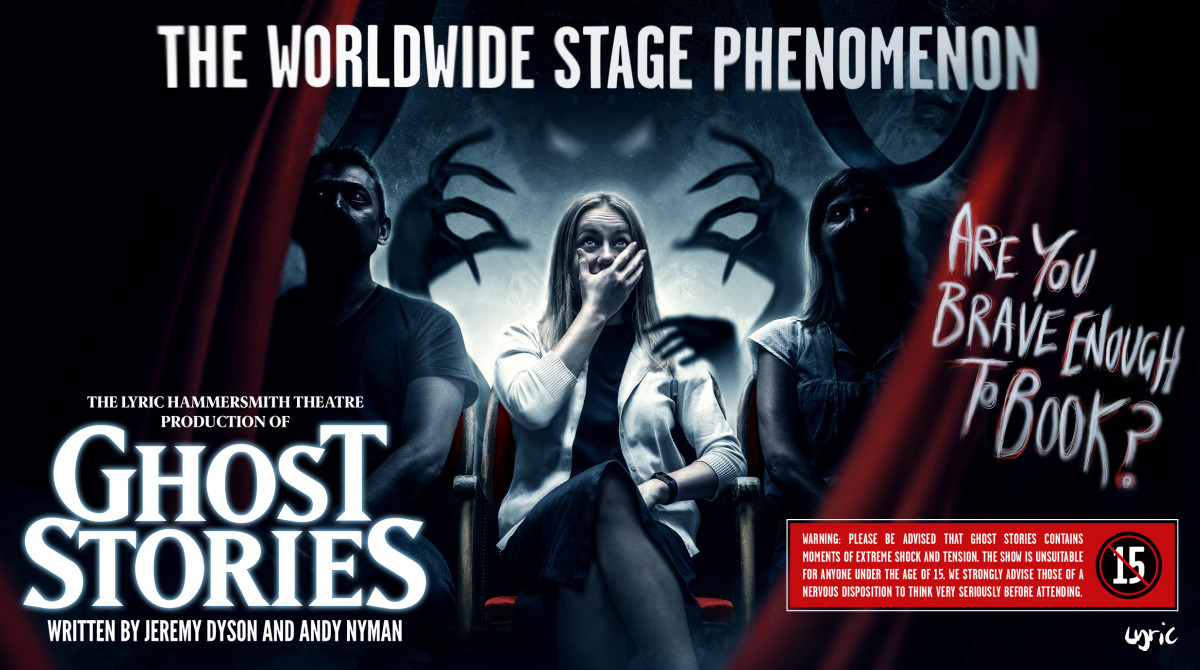 Jeremy Dyson (League of Gentlemen) and Andy Nyman’s (co-writer of Derren Brown TV shows – Mind Control and Trick of the Mind) Ghost stories first opened at the Liverpool playhouse in 2010 before moving to the Lyric Hammersmith Theatre in London. The show was a west end success. Dyson and Nyman later turned the stage play into a feature film. Despite the creative challenges they encountered, the film was a big hit too.

Following an international tour spanning Toronto, Moscow, Sydney, Lima and Shanghai the production is back in the UK. Oodles of viewers are still keen to experience the creepy, hair-raising tales, as previous viewers have proved loyal and kept the shows creepy secrets under wraps following the directors requests! The show comes with warning, “Please be advised that Ghost Stories contain moments of extreme shock and tension. The show is unsuitable for anyone under the age of 15. We strongly advise those of a nervous disposition to think very seriously before attending.” – I was already nervous!

Before heading in to watch the performance, I was advised the show would run for a total of 90 minutes with no interval – there was no escaping! The spine tingling ghost stories are told by a professor of parapsychology. As the stories unfold, the tension and suspense builds amongst the audience which results in lots of nervous laughter throughout – myself included! The eerie lighting (James Farncombe) and unnatural opening sounds (Nick Manning) play a huge part in setting an uncomfortable scene.

The special effects (Scott Penrose) added heightened and dramatic moments. It’s a small cast (5 in total) but with big impact. The plot is creative and well thought out, with a chilling ending. Are you ready to confront your fears?

Tickets are on sale now until Saturday the 22nd of February 2020….for brave souls only!