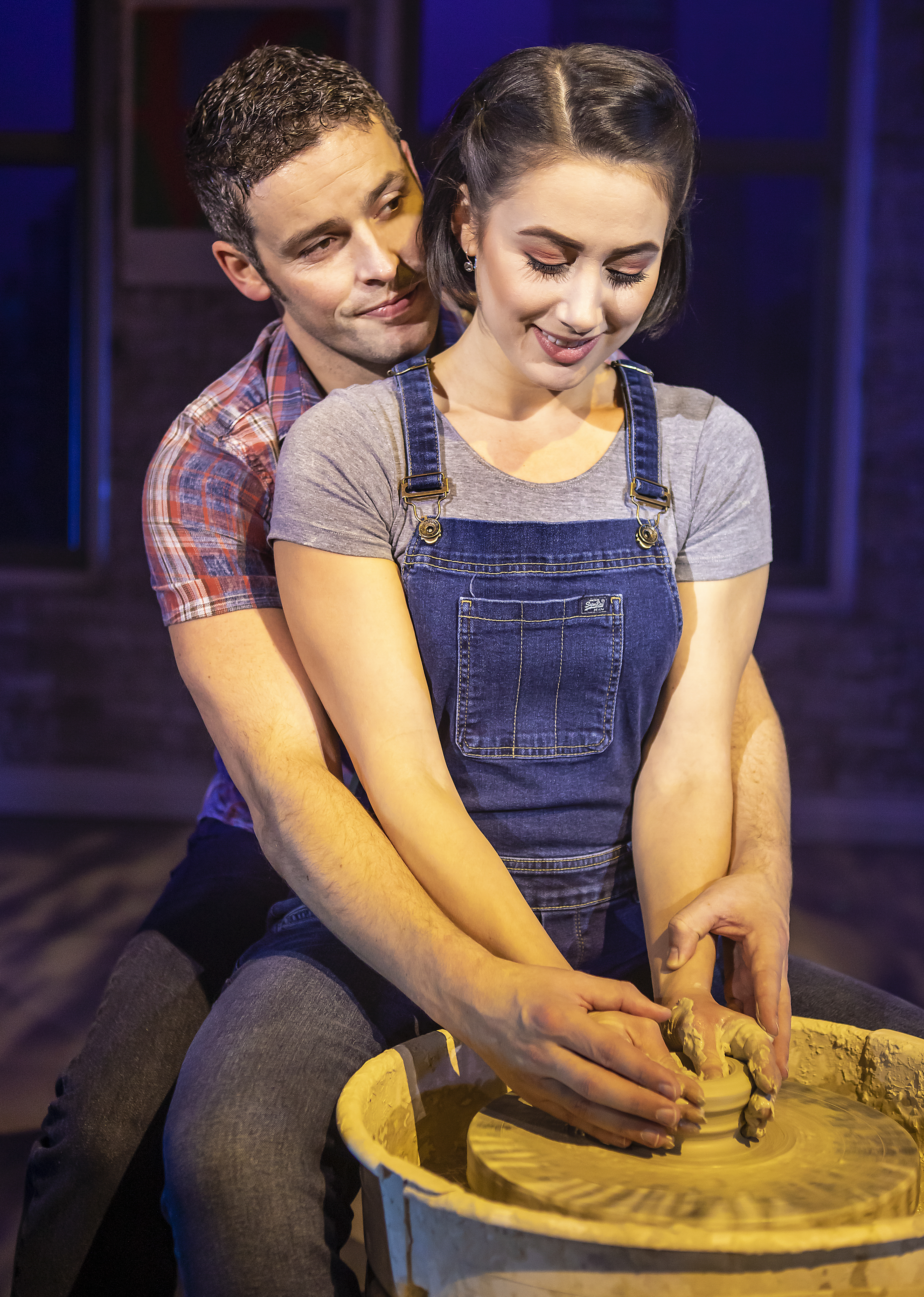 I remember Ghost the film coming out when I was still at school. I remember everyone talking about it around me and swooning over the late Patrick Swayze, who played the lead role of Sam. At the time ‘Ghost’ the film won multi prestige awards including an Oscar, a Bafta and two Golden Globe awards. Gossing £505 million at the box office after only costing $22 million to produce. You could say the film was a big hit!

Eventually, the film was turned into a musical making its debut in the Palace Theatre in Manchester eight years ago at the same venue which I visited last night. To then go on to Broadway and eventually a European and World tour which now has multiple productions worldwide.

If you know the plot here is a quick . A tragic love story about the two main characters Sam and Molly, who are attacked as they are returning to their apartment. When Sam dies he becomes caught between the real world and the next. Molly is in danger and Sam cannot leave her. A medium, Oda Mae Brown, helps Sam to get in touch with Molly to warn her of the dangers ahead and helps bring justice to the story.

Last night Ghost the musical returned to the Palace Theatre for a brand new tour and cast. Excited by the reviews and hype around the musical I had been looking forward to seeing this for a while. The main characters Molly (Rebekah Lowings) and Sam (Niall Sheehy) both have this is clear from the moment you first hear them. Together in vocals ‘Here right now, Three little words, life turns on a dime’ they perfectly in tune together. I particularly enjoyed the songs ‘I have a life’ because Carl’s character was added to the mix and together it was a pleasure to listen to.

One of the striking things about this production is the set design. Mark Bailey, I loved your ideas! Particularly in scenes where the actors were taken to heaven or hell. The sets opened up and closed and dragged people in depending on if they were good or bad. I loved the train station set very clever and quirky and the fast pace on how the sets interchanged. This has to be one of my favourites!

One of the scenes the most iconic scenes in the movie is the Pottery scene where Molly and Sam make pottery together to the famous unchained melody score. I felt this production didn’t really do the scene any justice as the scene was done more as a comedy act, not as a highly sexually charged and romantic scene like the film. Shame really! As the original score was nominated for an Oscar back in 1990.

A breath of fresh air for me was the Oda Mae (Jacqui Dubois) who bounced on stage with plenty of energy and charisma. I loved her song ‘Are you a Believer’ supported by Jochebel Ohene MacCarthy and Sadie-Jean Shirley as Oda’s accomplices Louise and Clara. I really enjoyed her ‘Im outta here’ song too. Full of energy and great choreography by Alistair David.

A wonderful orchestra conducted by Leigh Thompson although sometimes they did over power the cast slightly.

Other stand out performances were Carl (Sergio Pasquariello) who played the perfect beliveable villian.

Other highlights were the lighting of the show, I loved the way they the ghosts in white light. With a dramatic ending where Sam goes to heaven, loved the behind the scene. Well done Nick Richings.

An all-rounder good night out for me, good performances, beautiful set with the New York skylines and some strong performances from Rebekah, Niall, Sergio and particularly Jacqui who played Oda Mae who was the star of the show for me!

Get your tickets: HERE