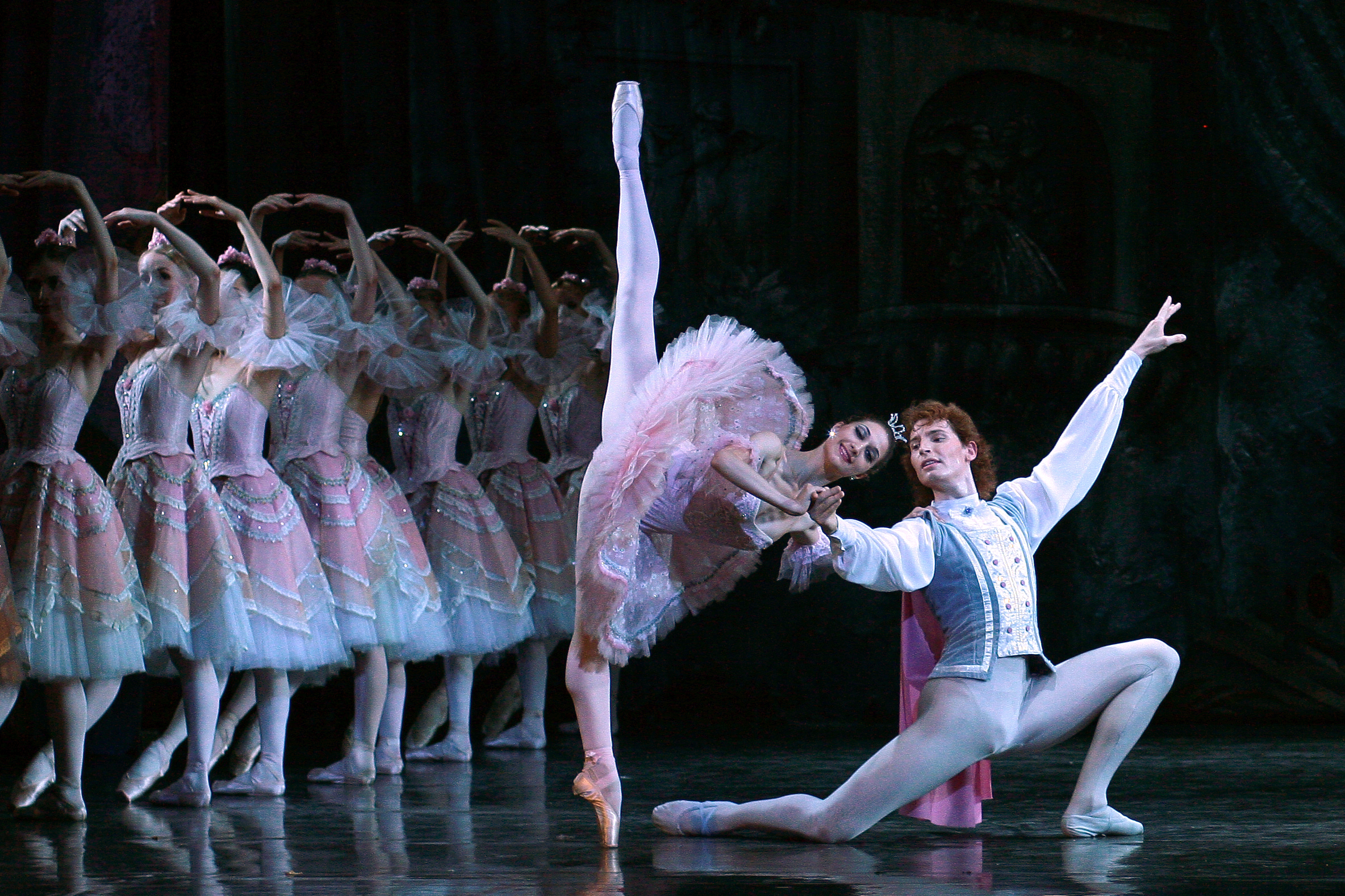 I have been to the ballet only once before last year in October 2017 to watch La Sylphide/Songs of the Earth in Manchester, honestly, I thought it was a beautiful performance to watch.

This weekend I went to watch ‘The Sleeping Beauty by Moscow City Ballet’. Again a stunning performance by the cast and crew. Absolutely magnificent costumes with bright colours and many different varieties.

The story of the Sleeping Beauty starts in a glorious kingdom, the Queen gives birth to the beautiful Princess Aurora. Everyone in the kingdom is invited to the christening – everyone apart from the evil fairy Carabosse.
Carabosse is so angry not to be invited that she places a curse on the Princess that, on her 16th birthday, she will prick her finger on a spinning wheel and die. The beautiful Lilac Fairy alters the curse so that Aurora will not die but will fall asleep for 100 years, only to be awoken by True Love’s Kiss.
Sure enough, on Aurora’s 16th birthday, Carabosse smuggles a spinning wheel into the party and the Princess pricks her finger and falls asleep. A forest of thorns grows up around the palace.
100 years later, a handsome Prince is searching for true love and the Lilac Fairy takes him to the Princess. He fights his way through the thorns and wakes her with a kiss.

The Prince and Princess celebrate their marriage with all their fairytale friends and live happily ever after.

The music by the Hungarian Alba Regis Orchestra in sync perfectly with the dancers conducted by Igor Shavruk.

Stunning performances by the Fairy of Goodness performed by Ekaterina Tokareva and Princess Aurora performed by Liliya Orekhova. Beautiful and incredibly talented ballet dancers with lovely smiles on their faces as they perform extremely difficult ballet moves.

I recognised the music from the Disney version of The Sleeping Beauty. However a more graceful, artistic and more beautiful to watch.

There is something about watching ballet which relaxes you, puts you at ease and makes you feel calm.

The same creator of Sleeping Beauty also created The Nutcracker and Swan Lake classic ballets which have been touring for over 100 years (Pyotr Tchaikovsky)  Not surprising that ‘The Sleeping Beauty’ would be successful when it has a creator like that.

Artistic Director for the show was Lyudmila Nerubashchenko wow you certainly know what you are doing. Music, dancing, costume and set were magnificent. Well done!

I must mention Prince Florimund performed by Talgat Kozhabaev a wonderful male counterpart for Princess Aurora. However, he was only in it a bit of the first half and second half.

One my favourite characters was the evil character in The Sleeping Beauty was Carabosse, he was scary and funny at times. Well done Kirill Kasatkin!

Due to the technical difficulty of Ballet, they usually aren’t in one place for long. The dancers go through extreme pain to perform difficult technical moves. Usually on tour for a short period of time.

The Sleeping Beauty was only on for two days at the Palace in Manchester, however, they are on a world tour keep your eyes peeled for dates