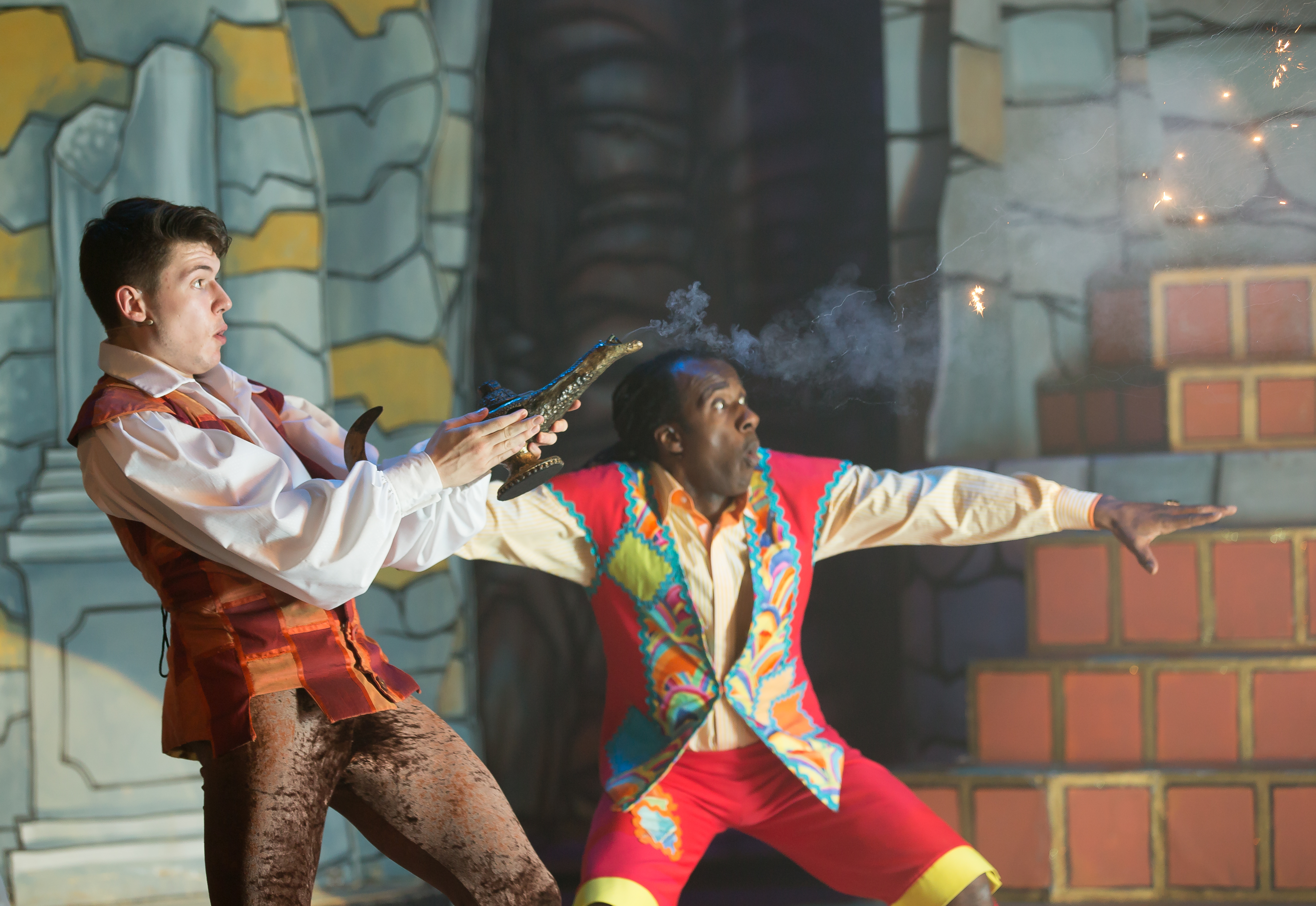 My father has never been to the Pantomime before so at 64 I thought it was time for him to go. What a treat he was in for!

Aladdin at Crewe Lyceum Theatre starring Tommy Cannon and Bobby Ball aka Cannon & Ball Comedy geniuses. They remind me of comedy legends like Del Boy & Rodney from Only Fools and Horses.

The theatre was packed on the opening night with families, adults & children. Not a dry seat in the house. The production itself had a modern twist with all the music being current chart songs, which was nice for the children in the audience because they could sing along with the songs.

My favourite parts were the Cannon & Ball sketches in-between who occasionally went off script and had a lot of interaction with the audience. A couple walked into the performance late and Cannon went down tickled the man’s head as he walked past the front seats of audience. Very Funny! Classic comedy sketches like this, never tire and always have double meaning for the children and adults.

The sets & costumes were fabulous! Favourites of mine being Malcolm Lord’s who plays Widow Twankey her outfits were amazing. Look out for the Bet Lynch (former Coronation Street actress) outfit!

After the interval they had a awesome puppet section, puppets were dancing to music in the dark and the children were screaming with excitement definitely worth a watch.

Aladdin runs from Saturday 10th December to Saturday 31st December 2016 definitely take the children to watch it. Fun to be had by all! Don’t forget to look out for the puppets!

Tickets start from £19.50 to £25.00 depending on where you want to sit. Get your tickets at:-  https://crewelyceum.co.uk/Online/crewe-pantomime