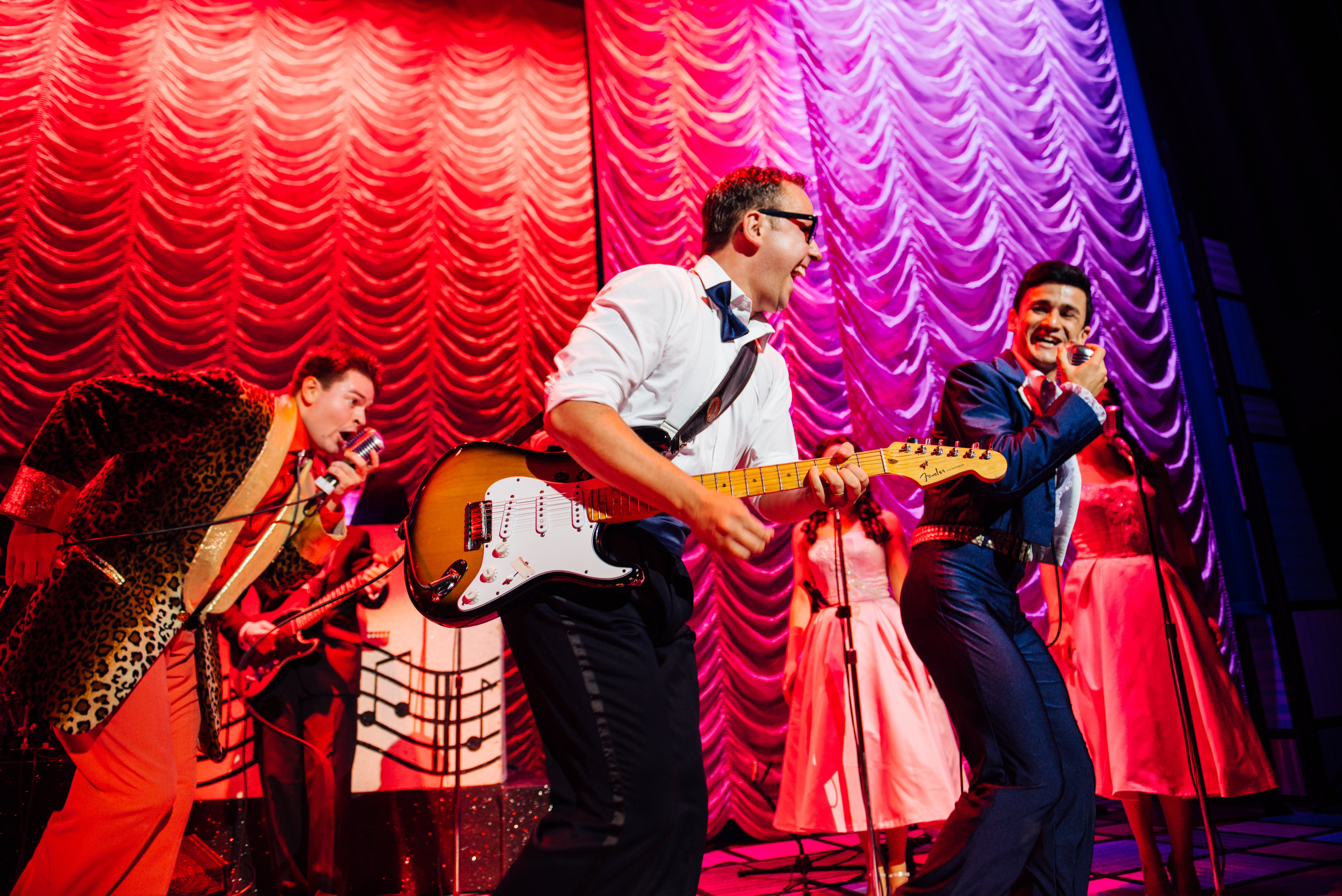 One of the greatest icons from the Rock N Roll era! Elvis, the Rolling Stones & the Beatles were all inspired by Buddy Holly. This is our night and his story…

In February 1959 three very successful musicians lost theirs lives in a tragic plane accident after playing a gig in Clear Lake, Iowa ( Buddy Holly, Ritchie Valens, and J. P. “The Big Bopper” Richardson) together with pilot Roger Peterson. At the time there were only three seats on the plane and scheduled to fly was Buddy, The Big Bopper and Tommy Allsup (Buddys guitarist) However Ritchie wanted to hop on board last minute after the show. Tommy and Richie ended up doing a coin toss for the seat. Turns out to be the ‘fateful coin toss’ and Tommy lost and headed for the bus instead.

This story is incredibly sad and throughout film and music history this story is mentioned such as the music reference from Don Mclean’s 1971 hit the ‘American Pie’ he sings “I cant remember if I cried, when I read about his widowed bride But something touched me deep inside, The day the music died” in the American Pie song.

My mum played alot of 50 & 60’s music around the house as I was growing up, so I knew I would like the music.

This was short lived though as they frequently tried to rebel and play their ‘own music’ rock n roll. Which the label didn’t take kindly and released them from their contract. At this time nobody played Rock n Roll. Elvis was a figure of controversy and not yet a global icon.

However buddy and the Crickets knew they has something special and finally got signed a few months later with a small New York label.

27 May 1957 saw the release of ‘That’ll be the day’ and the rest is history. This made Buddy a global star.

The musical told Buddy’s story in an magical way. The lead played by Alex Fobbester, who always had a smile of his face. Together with his incredible voice and slamming moves on the guitar! He was really is a treat to watch.

During the first act mum and dad we smiling throughout, while buddy and his band played hit after hit during the story (That’ll be the day, You’ve got the love, Peggy sue, Rave on and many more) my dad got so excited that while he was watching he must have shaken his fizzy water up while dancing. Then opened it at a quiet moment in the show and took out our row and the one in front. Safe to say he was very apologetic and I was and the water got my left eye ball ha ha!

My favourite part was the final show stopper, just before they all got in the plane. Buddy, The big bopper and Ritchie came out and rocked out a combination from all of the artists hits (La Bamba, Chantilly Lace and Johnny B Goode and more) Thomas Michells who played the big bopper did an excellent impression of the real bopper singing “helllllooo baba” hilarious! If you don’t what this sounds like put it into youtube.

Jordan Cunningham who played Richie Valens should be given the title “snake hips” wow that man knows how to move!

The average age in the theatre ranged from 65-75 I did feel young! The music is amazing & this cast do an excellent job of portraying this. Anyone can go, any age and I guarantee you a brilliant night had by all.

You can book through this link – http://ow.ly/mgwh306eQxw

Don’t worry if you do not live in crewe or near they are touring around the UK too.

Honestly one if the best musicals I have seen this year. Get yourself down to see it, pronto! 🙂