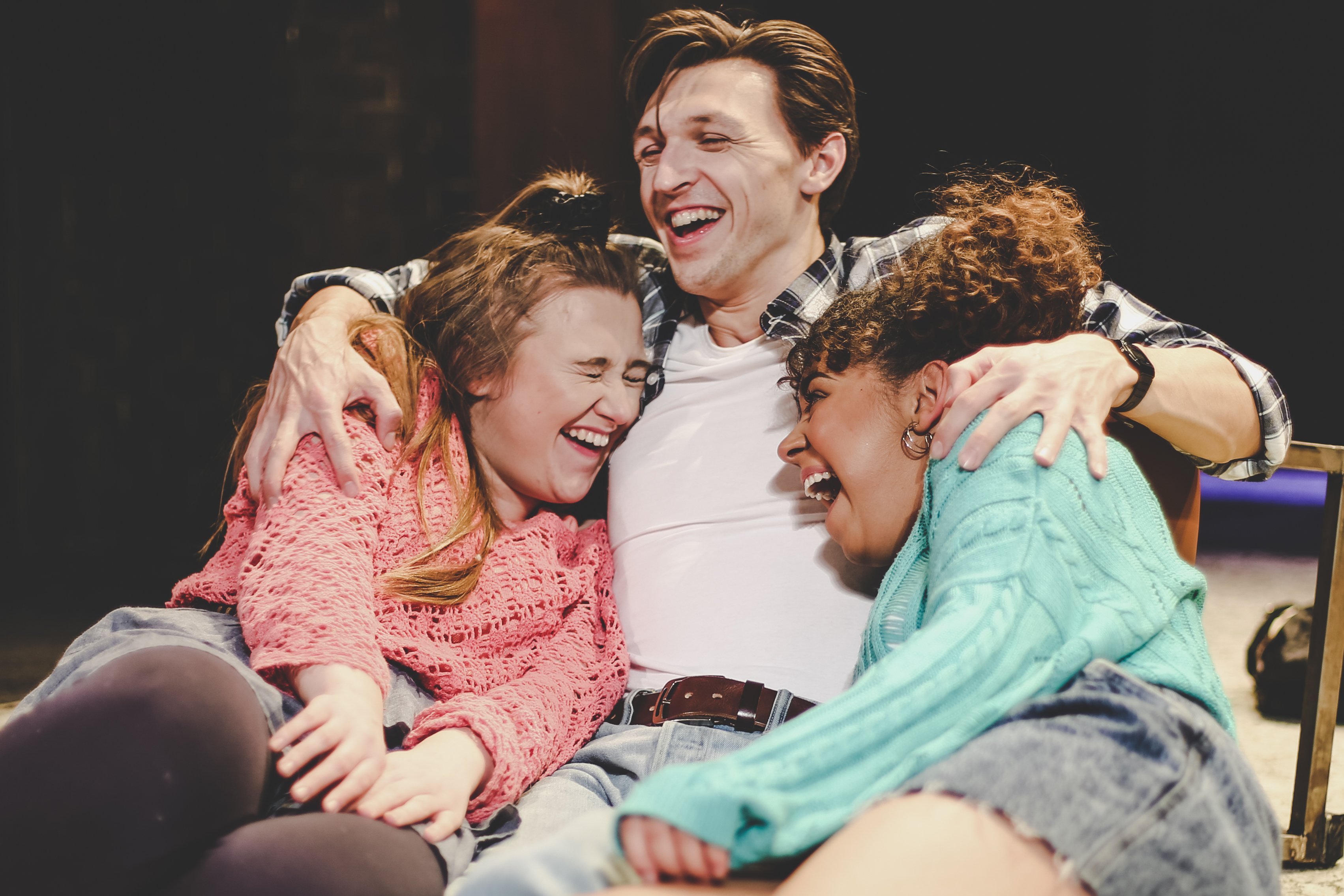 I was so excited to be going to watch Rita, Sue and Bob Too at the Lowry.  I had very fond memories of the film, which I watched as a teenager and remember laughing and emphasising with the characters.   It was a true, gritty, down to earth film where you practically knew the families it was portraying.  It was a bit like watching your mates’ lives on the telly.  Well, this production did not disappoint in the slightest.  It was rip-roaringly funny and totally enjoyable from the very first lines.  The cast was of six people and you didn’t need any more.  Each part was believable and it didn’t matter that the scenery did not change.  The acting was so good that you knew exactly where the characters were supposed to be and what they were doing.  There were plenty of one-liners, straight from the original, but some were missed because of the laughter emanating from the audience.

In today’s modern world I wondered how the subject matter of ‘Rita, Sue and Bob Too’ would sit with me – an older married man flirting with two teenage school girls, taking them home from babysitting  via the moors where they reclined the seats in his car and got up to, well you know… and those uncomfortable thoughts did creep in at times during the show especially in a scene between Bob and Rita when they talked about their ages, also when Bob and the girls, whilst sat in the grass on the moors, breathless from some good old fashioned romping, held a conversation about whether they felt guilty or not about their relationships.  Unlike the film, the play did not show the girls in any school settings, though there was a scene where Rita was wearing a uniform.  Instead, it showed a rest break from the Young Training Scheme they were a part of in a sewing factory.  Sue’s father, as in the film, was a drunk and Bob’s wife portrayed a snobby middle-class woman who was clearly clinging on to a man who was constantly up to no good and was belittled by his disregard and claims of innocence,  but the subject matter is what it is and was, and no doubt one of the reasons that this production has been brought to us by Out of Joint who promote productions which can be controversial and encourage conversations.

The opening scenes with Bob arm outstretched on an imaginary steering wheel,  sat on a leather car seat in an imaginary car with Rita and Sue in the back asking whether Michelle had paid them their babysitting money and passing them £3 to get some ciggies, their eventual conversations on virginity how to  put on a rubber Jonny and the subsequent shags were hilarious and very well done.

The production followed the film very closely (I had the original play, but do realise that the play came first) but didn’t end the same nor did it feature the iconic “I’m having bang” song, but it didn’t need it.  I loved every minute of this production and I didn’t need any more to take me back to teenage memories and also stirred some thoughts about how the world has changed, that I saw this subject once at face value and now with further depths and controversy.  I hope that I will see Rita, Sue and Bob Too in another 30 years and marvel at the changing political and economic environment whist still enjoying the story.

I highly recommend this play to anybody (age appropriate of course).

Congratulations cast and creative its a five star from me!

Grab your tickets now before it leaves ! Its show at the Lowry Theatre in Salford Quays until Saturday 13th April 2019