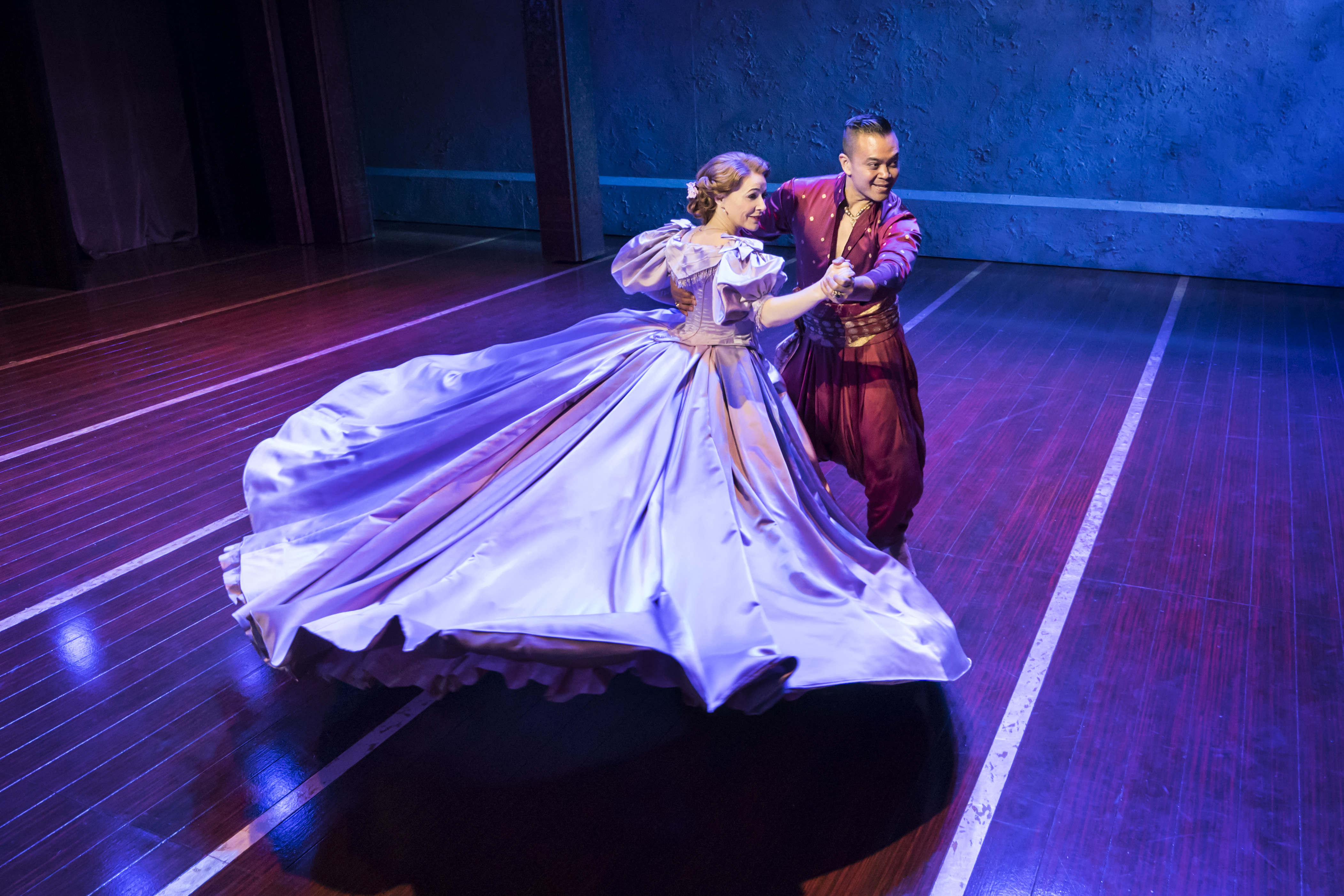 The original King and I film came out in 1956 based in turn on the novel  Anna and the King of Siam by Margaret Landon. The film smashed the box office sales and a commercial success nominated for 9 Oscars winning 5 including Best Actor for lead Yul Brynner who played the King.

If you don’t know the plotline here is a quick summary – In this film adaptation of the Rodgers & Hammerstein musical, widowed Welsh mother Anna Loenowens (Deborah Kerr) becomes a governess and English tutor to the wives and many children of the stubborn King Mongkut of Siam (Yul Brynner). Anna and the king have a clash of personalities as she works to teach the royal family about the English language, customs and etiquette, and rushes to prepare a party for a group of European diplomats who must change their opinions about the king.

Last night mum and I attended the showstopping glamorous press night at the Opera House in Manchester. Red carpet, flower wall, mini ‘King and I’ cupcakes, balloons, after party the works. ATG really went out on this one, lovely atmosphere as we arrived. People keen to get in stars from stage and screen in attendance including an ex-Manchester United Player Russell Beardmore.

A golden curtain on stage as we sat down to a packed out Opera House Theatre! A nice intro from the orchestra playing as we found our seats with the classic music from the King and I score.

The scene opens to Anna (Annalene Beechey) and her son Louis (Jack Dwyer) arriving by boat from Singapore to Siam in Thailand. A gigantic travelling boat arrived on stage very grand with the actors standing inside of it, the boat set looked amazing and very realistic. The boat was able to move around the stage and eventually turned around to form different parts of the stage in the next scene, very clever!

The first time we also hear Beechey and Jack sing together too, beautiful voices and a really nice opening to the musical ‘I Whistle a Happy Tune’.

Its been a few years I have seen the original 1958 movie with Deborah Kerr and Yul Brynner who play the two leads. I completely forgot actually how funny the ‘King and I’ is especially the scenes with the King and Anna.

One of my favourite funny and lovely scenes to watch is when Anna meets the children for the first time. Each child comes out and bows for the King and greets Anna. Some of the children come out in their own way, with two of the children running around the King and he suddenly claps his hands and they bow to attention. The children in this production are wonderful little actors and actresses and at times are really quite comical as their personalities really shine through. Doubled with the factor they look very quiet cute in their little Thai outfits too with there hair piled on tops of their heads.

Highlights for me included ‘Something Wonderful’ song by Lady Thiang. My mum was sat next to me and began to cry, this was her favourite scene in the show and Bonner excelled herself with such beauty and elegance as she sang the track to Beechy. Magnificent to watch! My mum saw the production in London with the original cast from the movie back in the late 50s and she said last nights version was just as good and Lady Thiang back then what a compliment!

Other highlights for me included ‘Shall we dance’ with Anna and the King. Beechy and Llana did a fantastic job and it was truly magical to watch them dance around the stage like this. An iconic scene in the theatre production and a magical moment to watch for mum and I.

If I had to be very picky I would have like to have seen more in terms of sets, the boat at the beginning was amazing, but the Palace sets were very basic. To be honest, due to the extremely high quality of the acting, singing and the amazing outfits and storyline it was easy to forget about the grandness of the set.

Both stunning performances from the King (Jose Llana) and Anna (Anna Leonowens) their onstage chemistry were magnificent to watch and funny at times. Especially the scene in the second half when they King wouldn’t let Anna head be higher than his, very funny.

Also a special mention to Tuptim (Kamm Kunaree) who had a very special beautiful powerful voice especially in the ‘I have Dreamed’ song. Actually quite emotional at times listening to her sing.

Special mentions to the choreography again beautifully timed especially in the ‘Shall we dance’ song. Well done Christopher Gattelli, stunning custom design by Catherine Zuber and her team. Magnificent music by the orchestra conducted by Stephen Ridley and his team.

An eloquent stunning production by the cast and creative. A 5 star from me, I felt content and happy throughout the production. You must see this is production at least once in your life, an iconic beautiful and classic story I loved every minute of it.

Thank you to ATG for putting on an amazing press night and after party, Mum and I felt very special.

Get your tickets now before this ‘iconic’ production leaves Manchester!

I interviewed the lovely Jose Llana (King and I) and Annalene Beechy and check out it below:-