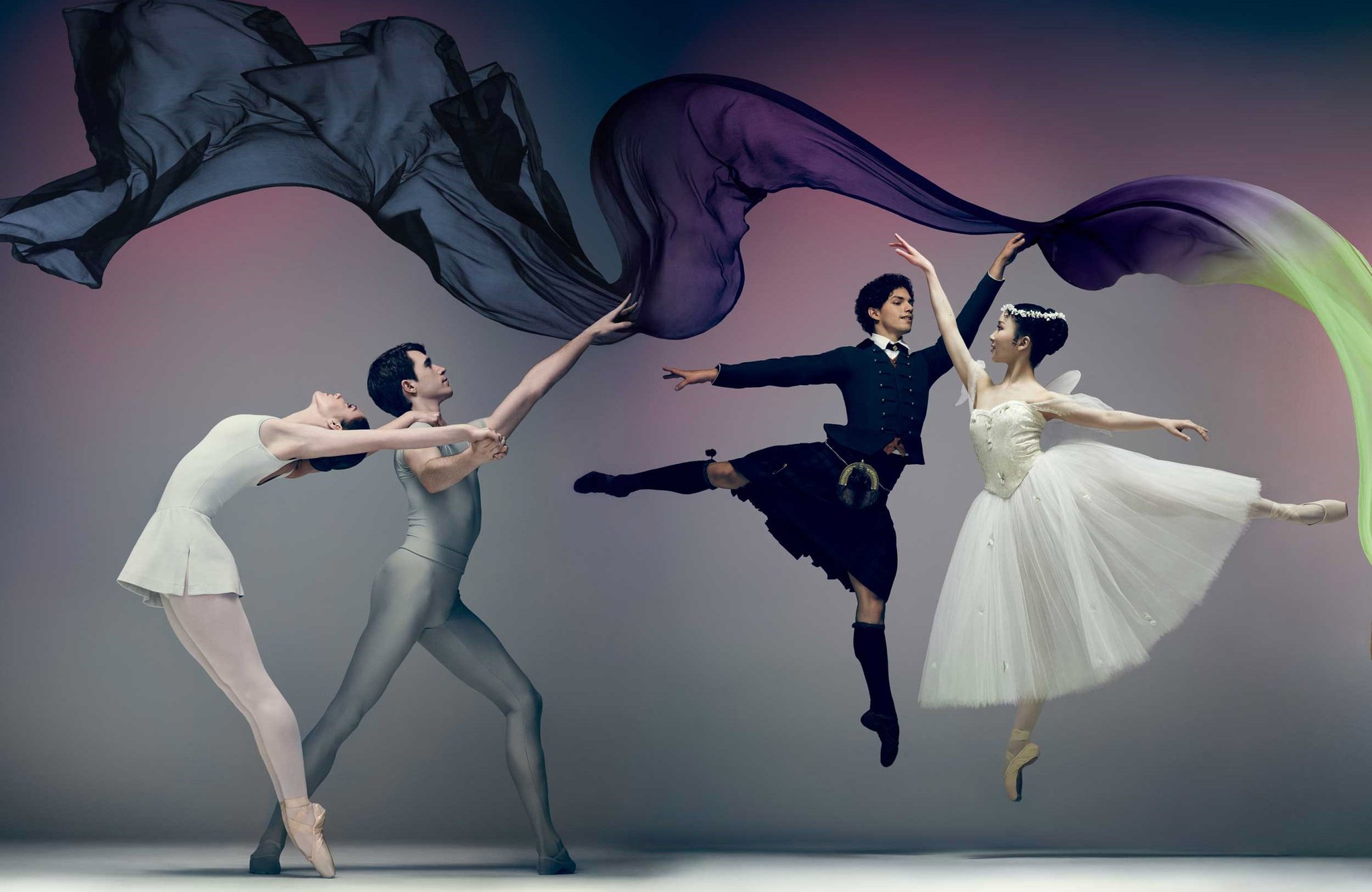 I have never been to the ballet before and I didn’t know what to expect. My mother advised me that I will either love it or hate it. The English National Ballet was formed in 1950 by a British dance couple, Alicia Markova and Anton Dolin. They travelled all over the world performing and they are endorsed by the Royal Family. Prince Andrew is a Patron.

When I heard the English National Ballet was coming to Manchester I was delighted and intrigued to experience a different type of trip to the theatre. Emma and I attended the Productions of Song of the Earth and La Sylphide two different ballets in one evening, which I am told is the first time this has been done before.

The night opened with Song of the Earth a Contemporary ballet that incorporates elements of classical ballet and modern dance. No sets or props; just beautiful dancers, moving in ways I didn’t know a human body could move. A story of love starring a woman, a man and an enigmatic messenger. The story of dance, love, loss and mortality with beautiful music from the Contralto (Rhonda Browne) and the Tenor (Samuel Sakker). Accompanied by the English National Ballet Philharmonic. Each move carefully in sync with the music and singers. I myself completely at ease and relaxed as I watched the performance. The leads played by Tamara Rojo, Joseph Caley and Jeffery Cirio and danced flawlessly beautifully choreographed dance to every single move. No room for error. Well done Kenneth MacMillian, your Choreography was truly beautiful. Until I watched the ballet I didn’t really understand how difficult and demanding it is. The ballet requires the ultimate fitness, body and stamina (as you are holding difficult poses for long periods of time) Not to mention how uncomfortable it must be to stand on your big toes on a box in your ballet shoes for long period of time, ouch! I have a new found respect for the dancers; I understand now why only the elite get through to the final auditions.

The second half opened with La Sylphide which had more of a storyline for me. The introduction played for about ten minutes before the curtain opened, which left the audience wondering; why?

The set opens in an old country castle in Scotland with James (Isaac Hernández) and the Sylph (Jurgita Dronina) The Sylph is love with James and dances around him waking him with a single kiss to the forehead. James wakes up spellbound and the Sylph disappears. Meanwhile James is destined to marry Effy (Anjuli Hudson) and are wedding preparation in motion with the families’ for the big day.

Trouble shows up; the Sorcerer Madge (Jane Haworth)  but James dismisses her. This angers Madge who seeks her ultimate revenge on James. Meanwhile James has fallen in love with The Sylph and chooses her over Effy, leaving  Effy at the altar. 🙁

James follows The Sylph into the woods to be with her. He meets Madge again who ends up casting a fatal spell on the Sylph causing James to sink to the ground in devastation.

The set in the second half is truly magical-a beautiful fairy wonderland. Well done Mikael Melbye (Designs) and Jorn Melin (Lighting) on the woods set, it looked beautiful.

The music again by the English National Ballet Philharmonic was magical too, every note in perfect sync with the dancers. Personally I preferred La Sylphide because I felt the story was much stronger and the sets and music was lovely.

As Emma and I had never been to the ballet before, seeing the two productions on the same night was a nice introduction to the world of ballet. I would definitely go to see these if you are a newcomer to the ballet or if you just want an evening of relaxation, beautiful music and dancing then you must see it too.

The production in Manchester is on from today until Saturday 14 October 2017.

After this they tour  to Milton Keynes and the London Coliseum –  https://www.ballet.org.uk/production/song-of-the-earth-la-sylphide/