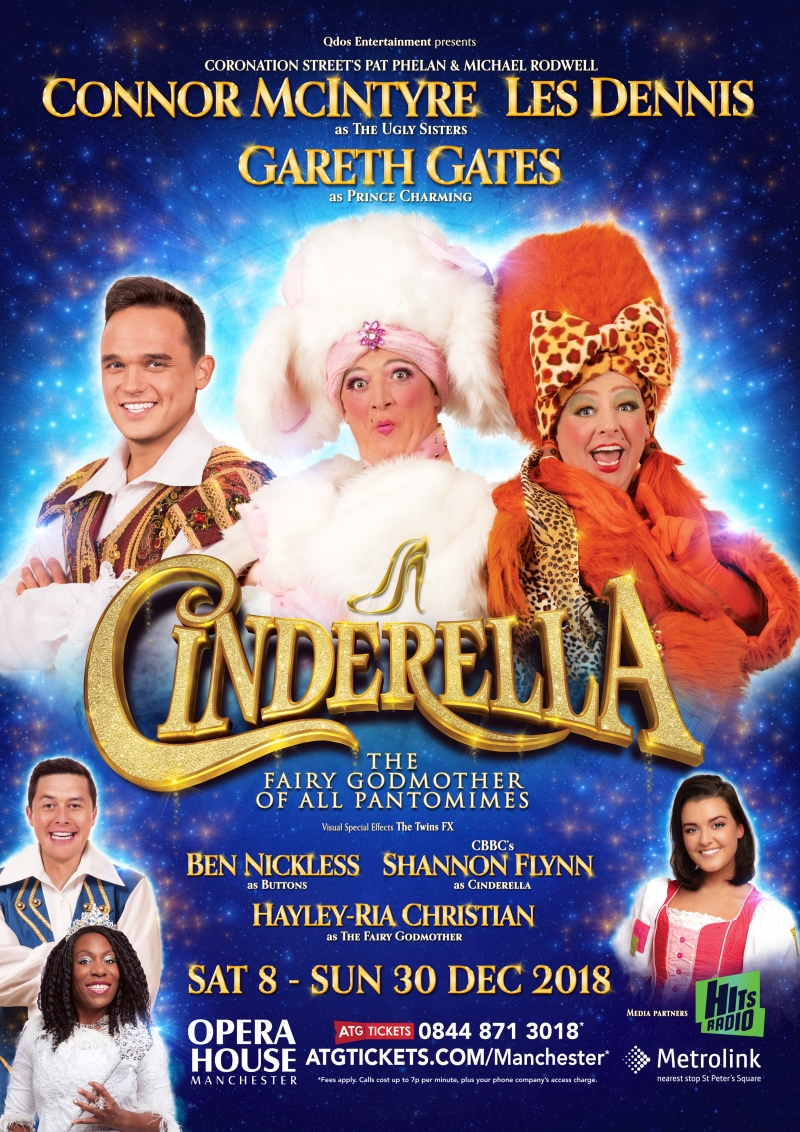 Every year when christmas time is around the corner I look forward to a good pantomime. As a little girl my mum would take me to see a panto, for me its a great way to warm up to christmas and to have a good giggle. For a good panto it must have the following elements; good audience participation “Oh no you didn’t and oh yes you did” good drag queens with amazing flamboyant outfits, a love story and plenty of cheesy songs to make the audience smile.

Today I went backstage at the Opera House in Manchester (just around the corner from the old Coronation Street set) to meet the new cast of the new pantomime Cinderella.

Check out my interview with Phelania and Micheala the newest Ugly sisters in town aka Connor McIntyre and Les Dennis. Both reunited again after their years on England’s longest running soap Coronation Street playing (Pat Phelan and Michael Rodwell) I had such a giggle speaking to them and I also found out just how they came to be reunited again!

I also spoke to the new Prince Charming played by Gareth Gates who has come along way since we first saw him on ITV’s Pop Idol in 2002 as a 17 year old singer. Now sixteen years later he as enjoyed success as a singer selling over 5 million records and as an actor on both stage and screen. Check out my interview with him below, such a sweet guy:-

I also spoke Cinderella herself played by Shannon Flynn and the queen of soul Hayley Ria-Christian who is playing the fairy godmother. Hayley is an old friend of mine from our radio days it has been lovely seeing her again. Check out the interview below:-

Had a lovely afternoon with a wonderful cast of the new Cinderella production. It arrives in at the Manchester Opera House on Saturday 8th December till Sunday 30th December 2018. With a multi talented cast this promises to be something special.

Get your tickets now for Pat Phelan in tights ha ha: here