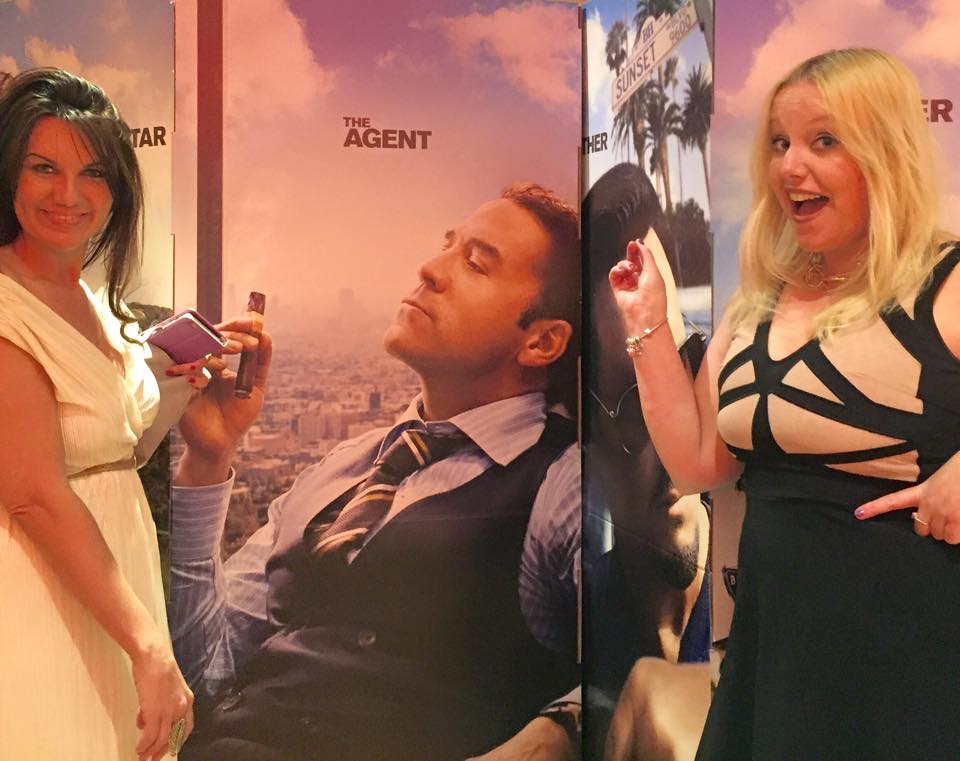 My friend Jenna and I really enjoyed the boxset of HBO’s Entourage. The show is an encapsulation of wild parties, A listers and where super-agents rule the town, this is Hollywood.

Eric, Turtle and Johnny Drama: three guys from Queens dedicated to helping their film-star buddy Vincent Chase navigate the absurdities and pitfalls of modern-day Hollywood. For 8 seasons me and Jenna were hooked, Produced by Doug Ellin and Mark Wahlberg which is loosely based on ideas from Mark Wahlberg’s life, which he frequently pops up in episodes. The main star for me in this tv series is Jeremy Piven’s character who plays ‘Ari’ a super aggressive and very successful Hollywood agent. The scripts for his characters are very funny!

When Warner Bros announced they were turning the series into a movie & inviting us to the premier in London we were excited.

It was nice to attend a  UK premier of a series you had been watching for the last 8 years. Interesting to see what the script writers would do with storylines & with the character development in the movie.

We were ushered in to our seats as the cast & crew arrived on the carpet signing autographs and stopping for interviews. I would have liked to have been introduced to Jeremy Piven because I loved his role is the TV series and at the time he was also the lead character in ‘Mr Selfridge’. Plus he is hot 😉

We arrived at our seats to find a bottle of cold water & a box of mini celebrations (nice touch Warner!)

Before the movie started the cast and crew came in to introduce the movie and to say hello to us. I waved at Jeremy as he left ha ha!

For me the movie was more of an extended episode rather than a movie with lots of high profile cameos too (Pharrell, Liam Neeson, Jessica Alba, Armie Hammer, T.I. and Tiny, Warren Buffet, Mike Tyson, Tom Brady and many more)

The only negative point I can say about the movie was ‘Eric’s’ character played by Kevin Connolly. The entire 8 seasons of the series they made him into the love sick puppy dog, who falls in love easily and wears his heart on his sleeve. In the movie they turned his character into a ‘player’ where has had multiple women on the go and didnt care about his actions. Very different from the ‘Eric’ character we know from the series!

Apart from that we enjoyed the movie and more funny clips from ‘Ari’ the super agent. I would recommend a watch especially if you have seen the series 🙂