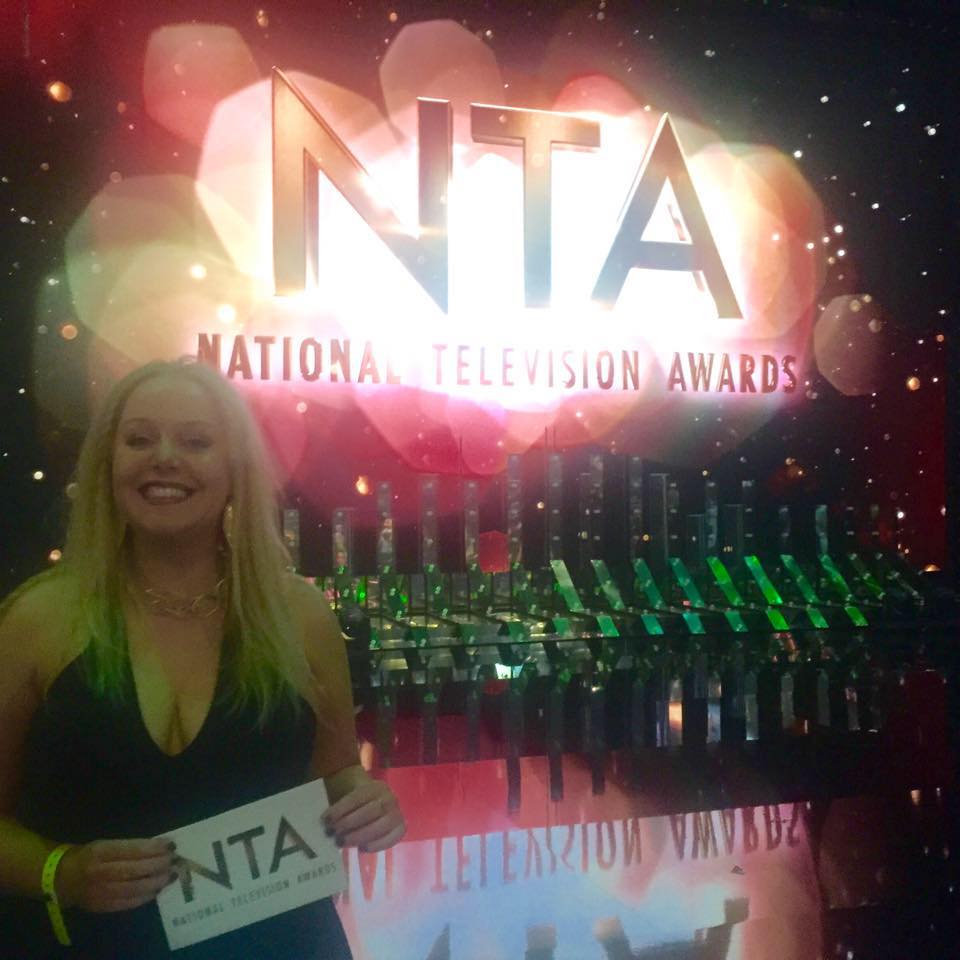 I enjoy attending the  awards ceremony’s like this because something always happens live on air and the crowd at the O2 always have an immediate reaction. First year I went I was sat in the crowd behind the artists and they were playing a live link of the artists walking down the red carpet and into the O2. ‘Katie Price’ appeared on the screen for ‘Im a celebrity… get me out of here’ the show had been nominated for best ‘Entertainment Program’ and the crowd let out a heavy boo.

Last year 2015 ‘Sheridan Smith’ had been nominated for best ‘Drama Performance’ for the ‘Cilla’ turned up an hour and a half late and came on to the stage drunk…. I must the admit the traffic was bad that year and delayed my red carpet entrance too… (Sorry who are you again) ha ha

This year 2016 I was delighted when ‘Shane Ward’ won ‘Best Newcomer’ as I knew how much he had sacrificed in his career. Plus a close source told me he was very nervous on his first day at Corrie and wanted to create a good first impression with the cast and crew. The transition from pop singer to actor on a drama must be difficult being on such a high visual reality show such as ‘The X Factor’ which in 2005 which he achieved success.

The after party at the awards is always the best part because you get to be introduced to award winners in a relaxed environment with free food and drink. The food at the O2 is lovely (chicken noodles, mini burgers, stir fries and mini chips) yum!

After having a few too many glasses my friend introduced me to Shayne and Richard Blackwood both very pleasant and were in high spirits due to their awards success. Embarrassing as me and my friend walked over to meet them, I nearly tipped my drink all over Shayne’s lovely suit…. ;/ opps… time to leave…