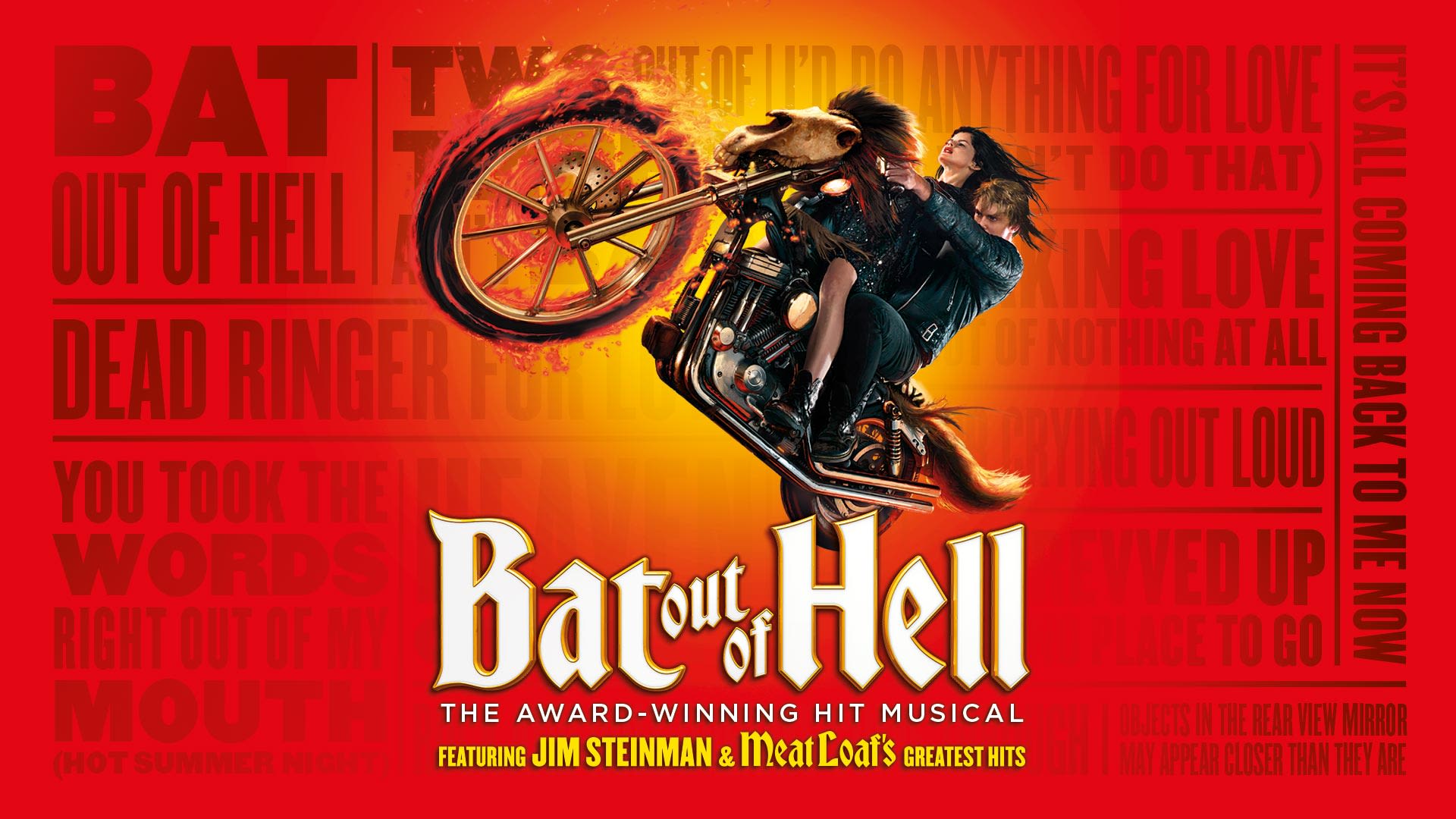 Bat Out of Hell is the 1977 the debut album by American rock singer Meat Loaf and composer Jim Steinman they sold over 50 million albums worldwide and quickly became one of fastest-selling albums of all time.

The musical premiered at the Manchester Opera House in Manchester, England, on February 17, 2017, and ran there until April 29, 2017, with rave 5 star hit reviews then to carry on to win awards all over the world, and now it’s back opening this Saturday 11th September 2021 where it once premiered and we can’t wait!!

Glenn originally from Blackpool, Fleetwood he  previously studied at Liverpool Institute for Performing Arts in Liverpool has spent the majority of his life in the North.

No, I haven’t been to the Opera House but I’ve performed at the Palace Theatre in American Idiot. I love being in Manchester again.

I originally auditioned for the role of Ledoux as I left the second audition the producers invited me back in to sing for Strat, totally unexpected, I have seen the show three times.  Its never dawned on me that I would get strat, I had just finished doing American idiot on the New Zealand leg of the tour. It hadnt even occurred to me this would happen!

On the final day of auditions they put Martha me together too sing, it just felt right with Martha. Three of the cast I did American idiot with just finished in NZ. One of them phoned me and said I have just got in BAT, and I called my agent and they I was getting round to calling you, an offer is on the table for Strat! I said you must be wrong? I  face timed my fellow cast member back and said I’ve got it too!

For me, it was like a dream show; I thought I’m gonna work my bum off!

The music excites I am a massive fan of all the Steinman music, he’s a romantic lead, he’s energic and wild character. Every night is a workout, in terms of how they feel physically. Not a traditional love story. Raven has all the power, and strat is more submissive in this version. We have updated for 2021, everything is raven first. She has the power, to reflect a more modern society.

Its all coming back to me now, all because of Martha I cry every time. I cry because she’s so good, I’m in ore of her when she sings. ‘What part of my body hurts the most’ I love to enjoy them rather than lead the songs.

After what everyone’s been through one (Covid 19 pandemic) our story rings a lot more true than it did before. Resonates more true now than ever; Ravens is stuck in her house, feels more relevant and people can relate better plus the amazing music that people love and a really great love story not the traditional.

We also caught up with Martha Kirby who plays Raven a girl from originally from Bristol who’s really excited about the new tour.

Yes I came to watch the new musicial ‘And Juliet’ which I really enjoyed.

Honestly it was such a crazy day! I was in the shower and water started leaking from the bath pipe, I ran to the local leisure centre (with half washed hair) and finished washing it and had a call from my agent; an odd day but amazing.

I enjoying her strength, exploration and freedom and I can relate to being locked up (Covid 19 pandemic) as we have all just been through it.

A post apocalyptic world makes more sense as we have just been through this, the musicial has more relevance now, more than ever.

A love it when we all sing Dead Ringer, Steinmans/ Meatloafs songs are massive songs. Rollercoster power houses!

Thank you to the Palace and Opera House for setting up the interviews up and it was really lovely speaking to Glenn and Martha. Good luck with the show we cant wait to see you on Tuesday!