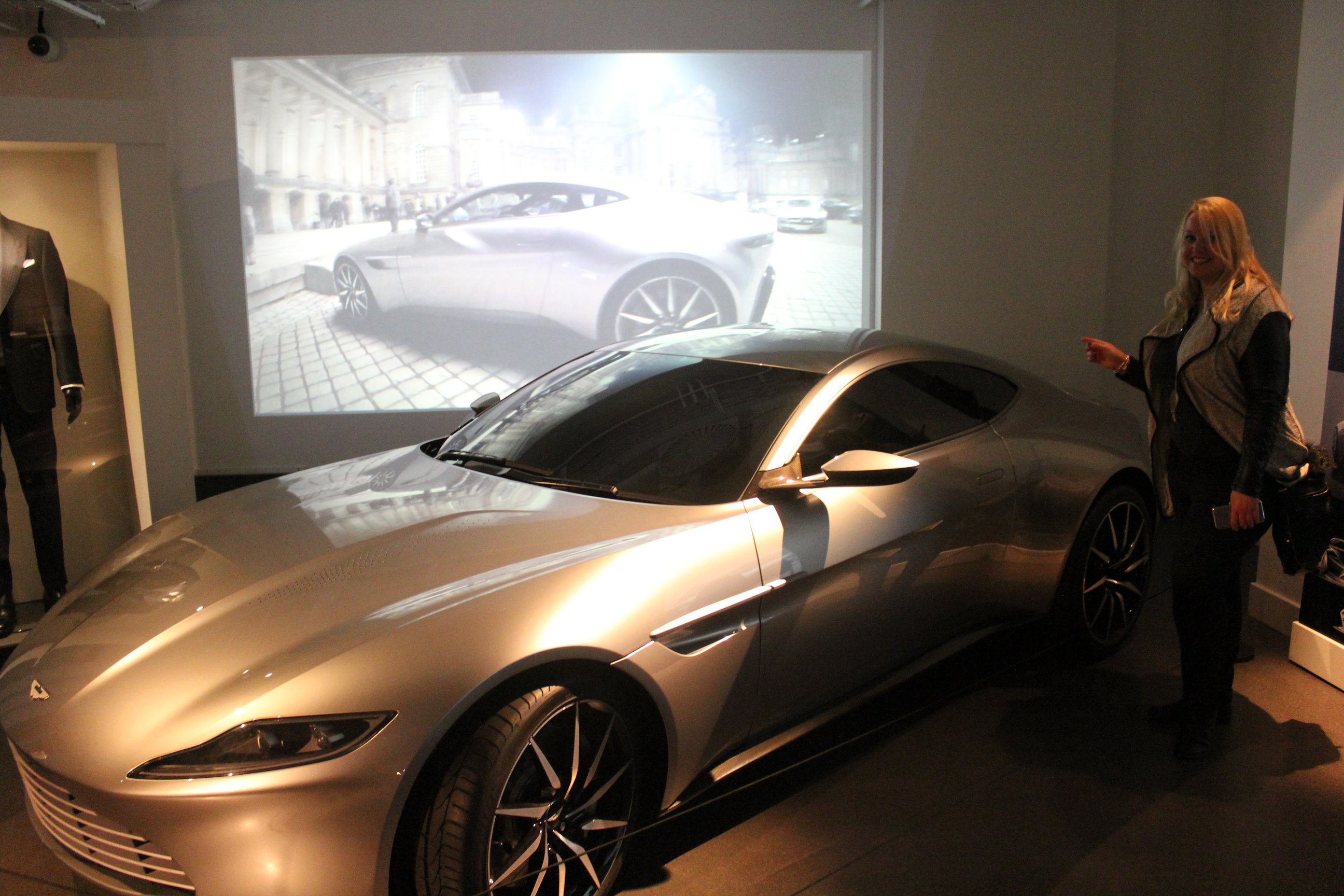 As soon as I saw this exhibition was coming to London I got very excited. The ‘actual’ cars from the studios combined with one of my favourite film series 007 James Bond at the London Film Museum.

We arrived on Saturday afternoon with a very happy and polite greeting from the security guard and front of house staff. We quickly checked in and began the tour. Upstairs they had some cool artefacts from the films (passports, clapper boards and really cool story boards from the movies) stuff that you really don’t get to see anywhere else. Which are unique to each film, its interesting to see the designers interpretation of the vision they were trying to achieve in the bond films.

As we head down stairs this is where the fun starts!

Old meets new!  Greeted by one of the first Rolls Royce cars from the movies. What a magnificent car. Followed by cars such as Aston Martins (smashed up from the film) nice touch to show these it brings reality to the exhibition.

I remember the cars from ‘Die another Day’ because of the guns coming out of the front on the bonnet. (see photos)

For me the real star of the show was the Jaguar which was specifically made for the ‘Specture’ Film. A beautiful mean looking firey hot orange car! They said on the screen descriptors, they used 7 cars to film the one scene in Specture. A great match for the new Aston Martin DB10. (scenes filmed in Rome)

The Aston Martin DB10 was next to the Jaguar (for me a true car fan, love at first sight) I mean WOW ! To be honest just to see this car was worth the entire trip for me!

They also had a photo opportunity at an extra cost for James Bond fans, where you can have a photo taken just like the Bond films shooting through the hole on the opening credits (This is at an extra cost starts at £8) They also give you dressing up tuxedos to wear! (Nice touch)

At the end of the tour they had a shop where you could buy James Bond memorabilia and small replica cars you could buy.

Well worth the money. I really enjoyed it!

Its on till December 2016. Closest tube is Covent Garden.